In a letter to his father Ché Guevara wrote: “I have to confess to you, dad, that at that moment I discovered that I really like to kill.”

Mexico´s president, Andrés Manuel López Obrador, has openly expressed his admiration for Ernesto “Ché” Guevara on multiple occasions. We remember in particular that interview with Univisión journalist Jorge Ramos in May of 2017 at minute 22 with 10 seconds.

“We have a son named Jesus Ernesto, Jesus because of Jesus Christ and second name Ernesto because of Che Guevara. I am a Christian, I believe in the works of Jesus because he fought for the poor, that’s why the people in power during his time crucified him. And Che is an exemplary revolutionary who offered his life for his ideas” explained López Obrador. Like him, many others admire this man who was a sociopath, a murderer.

Who was really “Che” Guevara apart from the face found on T-shirts thanks to Korda’s photography? Who is the real man that “couch socialists” idolize? The mystical and revered favorite figure of social networks fighters with IPhone, Starbucks coffee and other capitalist comforts?

His full name was Ernesto Rafael Guevara de la Serna. He was born in the Rosario Argentina province of Santa Fe on June 14, 1928 and his original nickname was “el Chancho”, which means pig, a nickname imposed by his friends for his lack of  interest in personal hygiene. He was the eldest of five children of Ernesto Guevara Lynch and Celia de la Serna, both of families of the Argentine aristocracy. His paternal great-grandfather, Patricio Julián Lynch, was considered the richest man in South America. 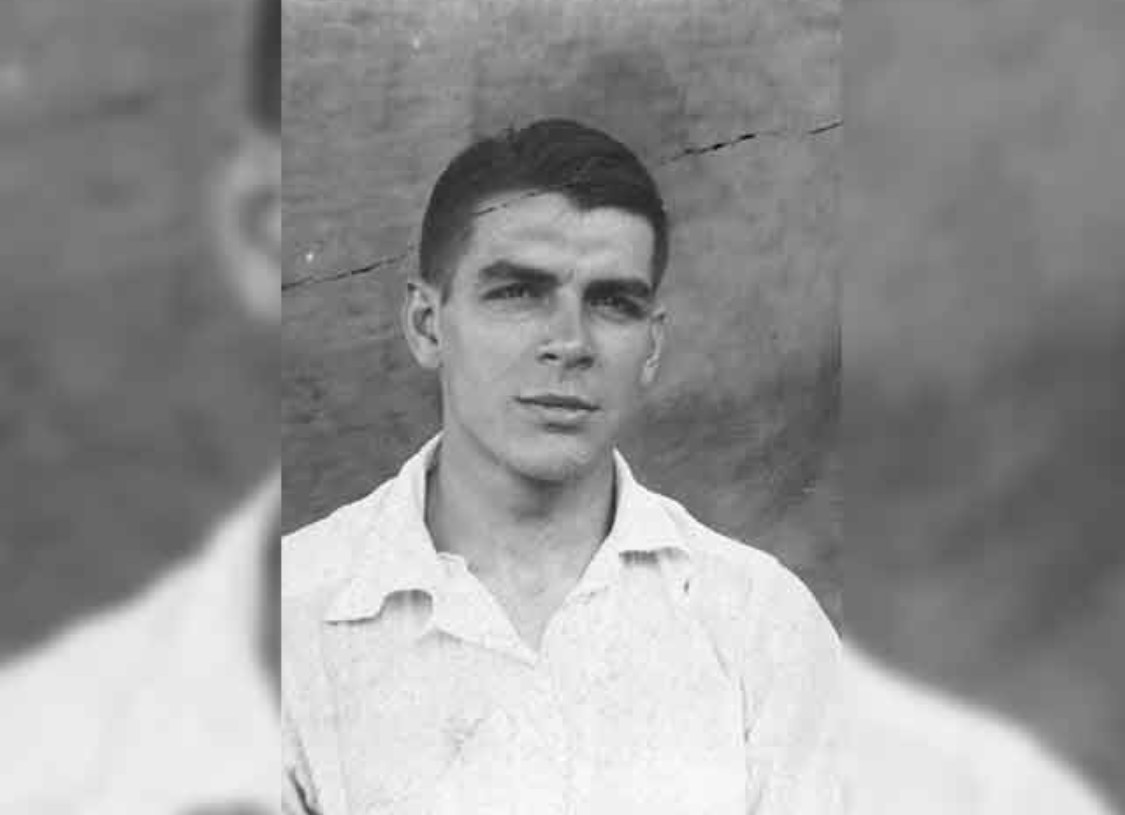 He began his medical studies at the University of Buenos Aires and by his fourth year, decided to travel the world, therefore, there is no record that Guevara ever graduated as a doctor, although he always claimed such.

Ché arrived in Guatemala where he identified himself with the pro-Marxist government of Jacobo Arbenz. There he met a group of Cuban exiles who participated in the takeover of the “Cuartel Moncada”, amongst them was Antonio Ñico López, who gave him the nickname that stuck forever…”Ché”. There, he also met Hilda Gadea, a Peruvian exile leader of the APRA (Popular Revolutionary American Alliance) with whom he procreated a daughter.

The heads of the Guatemalan Army opposed the authority of Arbenz so Che had to flee and settle in Mexico where he met Fidel Castro. He entered the “Moviemiento 26 de Julio” and began to train for the invasion of Cuba.

His psychotic personality, his racist prejudices and his intense anger won him the attention of many fighters who called him “el saca-muelas” (the tooth puller), a nickname that he hated with all of the strength of his being. These fighters rejected his Marxist ideas since their goal was to overthrow the dictatorship of Fulgencio Batista and once again make Cuba free.

On December 2, 1956 an expeditionary group disembarked at Las Coloradas beach, south of Oriente province, near the Sierra Maestra. The landing was a disaster, but Castro and a small group managed to survive and penetrate the mountains where they regrouped.

In the Sierra Maestra, “Che” began to stand out due to three factors: his constant attacks of asthma, his sullen and bad temperament, but above all, for his absolute and total subordination to Fidel Castro who promoted him to commander above others with more merit than him. Che was absolutely against other fellow revolutionaries who had very clear and definite democratic tendencies. Heated debates often happened with others such as Huber Matos, Frank País, Nino Diaz, Rene Ramos and Jorge Sotu, but it is he who won Castro’s absolute confidence.

On July 30, 1957, Frank Pais was assassinated in the streets of Santiago de Cuba, by the police, thanks to a tip-off from Vilma Espin Guillois who had complied with Castro’s orders. After this, the Santiago revolutionaries had to flee the city, abandon their clandestine struggle and integrate the guerrilla of the Sierra Maestra controlled by Castro.

It is there, in the Sierra Maestra that strong ideological confrontations arose among the combatants, the most outstanding being that between Ché Guevara and Rene Ramos Latour, (aka) Commander “Daniel”, Frank Pais´ second in command.

Ramos Latour firmly believed that the ideology behind the “Movimiento 26 de Julio” had to be inspired by the political philosophy of José Martí, which consisted in making Cuba a democratic and prosperous country, with social justice, and that included pacts with other opposing forces for the good of the country, in that philosophy, of course, Castro and Guevara were opposed. The counterweight was broken when René Ramos Latour, engaged in combat against Batista’s army.

Castro designated “Che” and Camilo Cienfuegos, to direct the invasion of the western provinces. While Camilo’s forces clashed with blood and gunpowder against Batista’s army, Guevara negotiated with the regime’s corrupt military through the province of Camagüey, in exchange for money that was taken from others, so he accessed the south of Ciego de Avila.

In the province of Las Villas, rebel groups in the area refused to put themselves under his command and without further alternatives he was forced to sign the “Pact of El Pedrero” to unify efforts and attack Santa Clara, with members of both groups. The “Second National Front of El Escambray” did not recognize Guevara´s imposed command and they decided to continue the fight independent of Che.

After the triumph of the revolution, Guevara was named military chief where he stood out  due to his immense cruelty against politicians, policemen, soldiers, sympathizers or members of the vanquished regime. He personally murdered or gave the order to kill anyone who stood against the new regime, including several of his former comrades in arms, who were not in favor of the communist agenda that they wanted to impose. In a letter to his father he wrote: “I have to confess to you, dad, that at that moment I discovered that I really like to kill.”

In an appearance on Channel 6 of the TV in February 1959, Che declared that “in La Cabaña “all executions are made by express orders of mine” Indeed, hundreds of executions were carried out. “Che” did not believe in court procedures. He said: “To send men to the firing squad, judicial proof is unnecessary. These procedures are an archaic bourgeois detail. This is a revolution! A revolutionary must become a cold killing machine motivated by pure hatred.”

Ernesto “Che” Guevara always showed and practiced hatred as a factor of struggle. As an open racist he expressed these views frequently in his writings. For example:

Ernesto Guevara, together with the Castro brothers, betrayed the original premises of the Cuban Revolution and handed over the sovereignty of the nation to the Soviet Union.

Years later, in an expansionist zeal, “Che” tried to bring a communist regime in the Congo. About to fall prisoner, he managed to escape and returned humiliated to Cuba. Fidel as a way to try to save the myth of “the heroic guerrilla” mounted a Hollywood-worthy show with everything including a supposed “farewell letter” that years later was discovered  to be  written by Fidel Castro himself and was launched into the campaign in Bolivia. 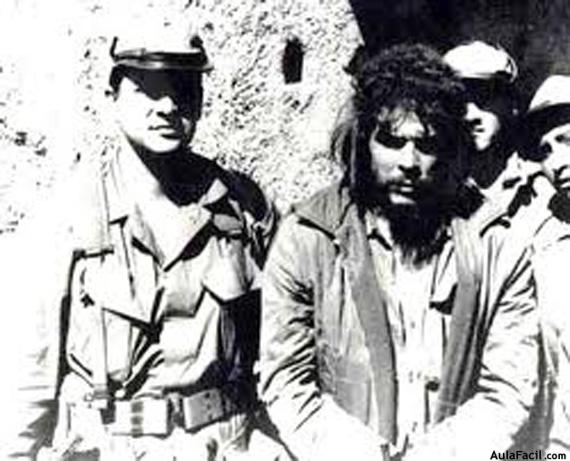 In Bolivia, the local communists turned their backs on him, their guerrilla tactics did not help because he was simply a murderer, not a strategist, therefore, everything became a total disaster. He could not bribe the military, the peasants ignored him and Fidel Castro abandoned him to his fate. With his decimated troops, he fell wounded screaming like the coward he was: “Do not kill me … I’m Che Guevara and I’m worth more alive than dead!
He was taken prisoner and transferred to La Higuera, where he was treated with the respect and decorum that he never had with his victims. By express orders of Gen. René Barrientos, president of Bolivia, an order was given to kill him.
There is a version of his death that Guevara was killed by Major Felix Ismael Rodríguez Mendegutía, the highest ranking official in La Higuera, an exiled Cuban, who received the execution order. It was said that when Major Rodriguez told Guevara the decision, he went pale and trembled with fear. In the other version, it was Sergeant Mario Terán Salazar, who in the supposed military part, said that Che expressed the following: “Put yourself at ease, you are about to kill a man”. 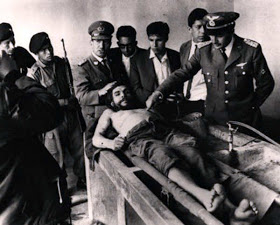 The reality is that Sergeant Terán crossed the threshold of the door and fired. There were no words. “Che” fell to the ground, contorted and began to bleed. Terán fired again. That was the end of Guevara.

That was the end of a sociopath, a murderer, a man full of hate. Ché´s “violent delights had a violent end”