NEW YORK – Lawyers for Joaquín “El Chapo” Guzmán will seek a new trial after a report that jurors in his initial trial were following media coverage of the proceedings.

Guzmán attorney Eduardo Balarezo cited a Vice News report in which a juror said other members of the panel violated the repeated instructions of U.S. District Judge Brian Cogan by following news accounts of the trial on Twitter and other media outlets.

For Guzmán, who gained international notoriety for twice breaking out of high-security prisons in Mexico, the effort raises the possibility of at least a temporary escape from punishment in the United States.

“Mr. Guzmán intends to file a motion for a new trial based on the disclosures in the article and to request an evidentiary hearing to determine the extent of the misconduct,” Balarezo wrote to Cogan on Friday Feb. 22nd.

The defense team asked for more time to file a motion for a new trial. Under federal procedures, a defendant has 14 days from a conviction to file such a motion.

That put the deadline at Feb. 26. Cogan on Friday evening approved an extension to March 28.

If the verdict stands, Guzmán, 61, could spend the rest of his life locked in the Supermax federal prison in Florence, Colorado, the so-called Alcatraz of the Rockies. 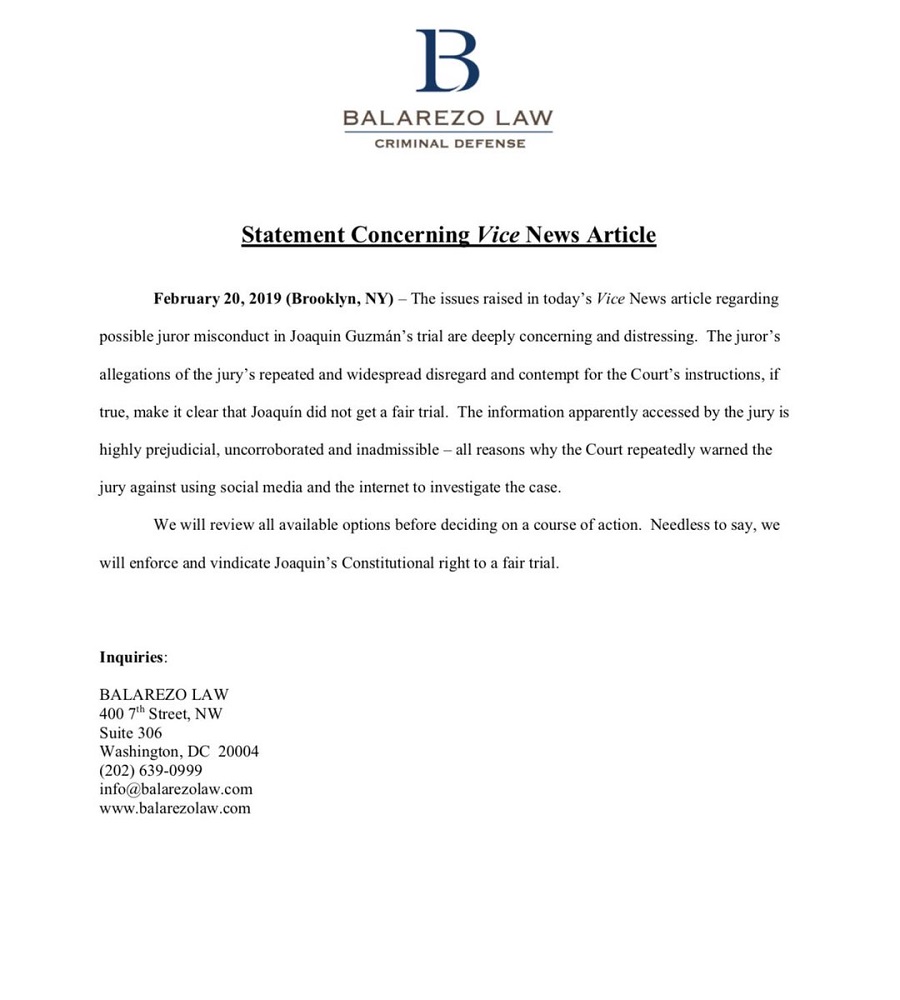