State Health Department of Yucatan Servicios de Salud de Yucatán (SSY) has announced there have been reports of the presence of the spider “latrodectus mactans” better known as “Black Widow spider”, in several Yucatecan communities including Valladolid and Tizimín. The appearance of this spider in Yucatan has been documented since 2012

Authorities recommend that in the case of being bitten, it is adviced for the victim to seek immediate medical attention in a hospital of IMSS or public state hospitals since even thou there is an antidote to the possibly lethal bite, this one is very expensive and not commercially available. 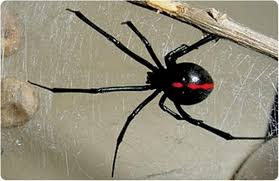 According to expert arachnologists, the Black Widow is recognizable because almost all of it is black and it has a few reddish marks or dots. It usually lives hidden in dark to semi-dark temperate zones and bites in self-defense, when it feels under attack. Its venom is 15 times more powerful than the rattlesnake viper´s and its bite can cause from severe pain in the area to muscle pain, nausea and paralysis of the diaphragm, however, scientists say that its bite can only be lethal in young children, elderly or people with health issues such as severe allergies.

It is advisable to check shoes, clothes, boxes and other objects that often serve as a hideaway for this type of arachnid. Please beware.