Mérida set to become the best place in Mexico to learn Spanish: DDET

The Municipal Directorate of Economic Development and Tourism (Dirección de Desarrollo Económico y Turismo: DDET), is working on the implementation of an ambitious project to position Mérida as the main city in the country for learning the Spanish language.

The director of the municipal agency, Eduardo Seijo Solís, revealed that, together with eight institutions that teach languages ​​in the city, they carried out a study to determine how many foreigners are studying Spanish, where they come from and how long they have been living in the country.

Also, as part of the plan, authorities seek to know what is the total of institutions offering Spanish courses, if they have permits and regulations, as well as their characteristics and the frequency of classes, among other data. 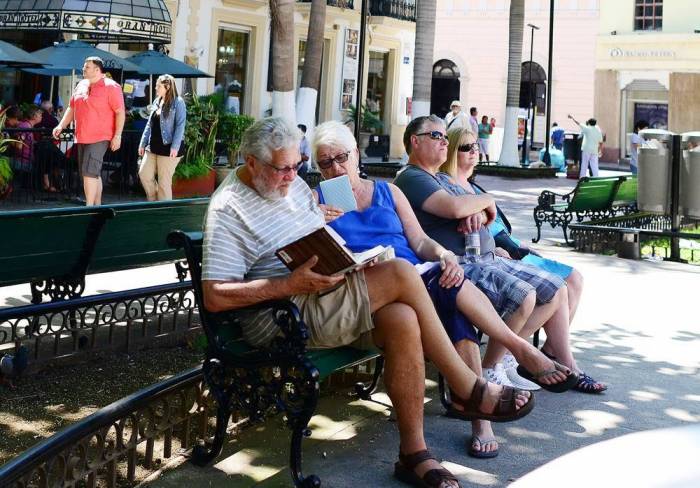 “We have a lot to offer as a city and there are many points in our favor, from the number of diverse academies that offer Spanish lessons to historic heritage and beauty of the state capital, the security, the wide range of accommodation for students, air and land connectivity; and all these elements are involved in our strategy to attract foreigners, ” Eduardo Seijo Solís explained.

He added that the plan aims to capture all the market segments that could be interested in learning the language, in order to obtain a mapping of the entire sector to complement it with an analysis of other cities that could represent competition for Mérida in this sector, not only in Mexico, but in all of Latin America.

Once the study is completed, which is expected to take several weeks, the strategy will be established to obtain short and medium term results so that the state capital can become the best option for foreign citizens to come to study Spanish.

Eduardo Seijo Solís stressed that behavioral studies conducted in other states of the country showed that another benefit of attracting more foreigners interested in learning Spanish is that in many cases they fall in love with the city where they are staying and are more likely to return for longer periods of time and in the company of more people.