The mayor of Mérida, Renán Barrera Concha, led on Saturday Jan. 5th, the annual ceremony of the largest “Rosca de Reyes” in southeast Mexico, 2 kilometers long (1.4 miles), in collaboration with some of the most important hoteliers of the city.

“With actions like this, Mérida reaffirms itself as a society that privileges family coexistence and helping others, which contributes to strengthening our community,” said Mayor Renán Barrera Concha during his participation in the event, that this year was named: “El Delicioso Sabor de Ayudar” (The delicious taste of help).

Just one day before the celebrations of the 477th anniversary of the city of Mérida, the major expressed his satisfaction for participating in this traditional event that has been held every year for the last 23 years, and that counts with the attendance of thousands of families from Yucatan and other parts of the country and abroad.

Barrera Concha made emphasis in the fact that this initiative of the municipal government in collaboration with local hoteliers allows raising funds in favor of the most vulnerable sectors of the population. (With a $30 peso ticket, a person could have a piece of “rosca” and a soda).

“Our help will cover the needs of the elderly, people with disabilities and vulnerable families who still live in difficult conditions in certain parts of the municipality,” the mayor concluded. 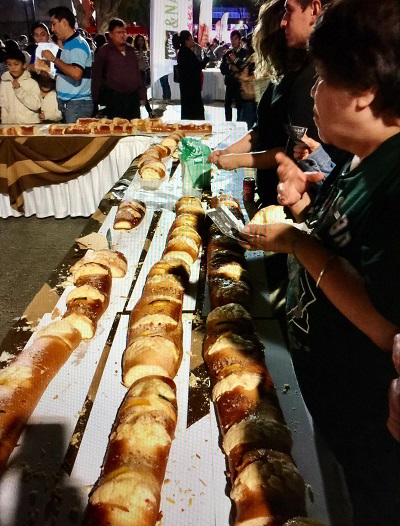 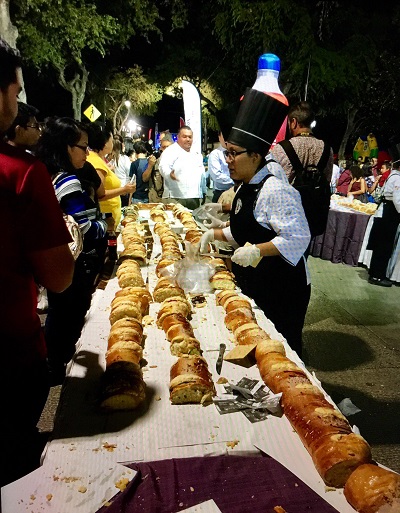