The director of international relations of the Government of Jalisco, Mónica Sánchez Torres, revealed that a commercial and tourist exchange is being sought between Mérida, Yucatán and Guadalajara, Jalisco, with the objective that the international tourists that visit the “White City”, can consider taking a tour of Jalisco’s state capital.

During her visit to Mérida, the Jalisco official said that it is sought that foreign tourists who come to the city can take advantage of the direct flight Mérida-Guadalajara, and take a tour of that city in western Mexico.

“Walking through the streets of Merida, I have seen an important number of foreign tourists, and that’s what I want to see in Guadalajara, today visitors from other countries come to our city from Puerto Vallarta,” he said.

Sánchez Torres stated that they will present to Yucatan’s Secretariat of Tourism Development (Sefotur) a series of activities to achieve a commercial, tourist and gastronomic synergy between Jalisco and Yucatan.

She explained that another proposal of the authorities of Jalisco is also to create a gastronomic exchange that allows chefs from Mérida and Guadalajara to hold events in the two capitals.

“We are going to explore the possibility of taking advantage of the air connectivity, and start with something very simple like placing the sign of Merida in a public square in Guadalajara and vice versa, so that those who visit the cities can get to know that there is a connection between both state capitals,” she added. 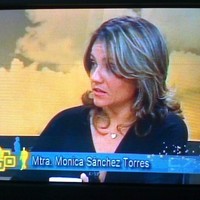 Sánchez Torres explained that a commercial alliance and cultural co-productions allow to cover more extensive markets and divide the expenses.

“For example, you can create products with ingredients from Guadalajara and Mérida, and sell them in both markets; We are looking for commercial alliances and cultural co-productions, saving a lot of expenses, ” she concluded.