A flesh-eating bacteria was found on one of more than 300 migrants taken into custody Thursday Jan. 24th, near Antelope Wells, New Mexico.

A man detained with a group of immigrants notified an agent while being processed at the Border Patrol’s Lordsburg Station that he had a growing rash on his leg and needed medical attention, officials said.

The carnivorous bacteria corresponds to an infrequent condition called necrotizing fasciitis, which spreads rapidly and can cause death. The bacteria  usually enteres the body through a mild cut or a scratch, it can cause serious infection and can destroy muscle, skin and other tissues.

It is very rare for the infection to pass from another person, yet it is sometimes necessary to eliminate the affected area through surgery procedures such as amputation.

The man was taken to a hospital for treatment and extensive research. 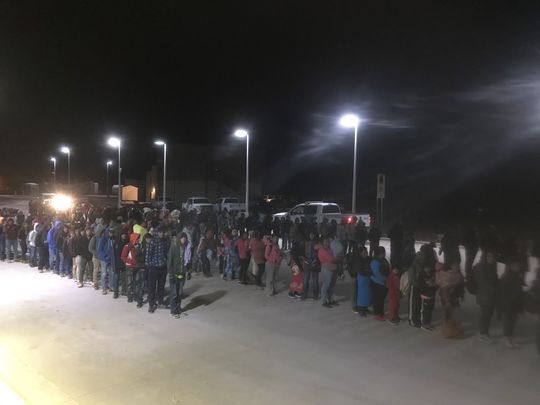 Necrotizing fasciitis (NF), commonly known as flesh–eating disease, is an infection that results in the death of parts of the body’s soft tissue. … The disease is classified into four types, depending on the infecting organism. Between 55 and 80% of cases involve more than one type of bacteria.