As a result of the tourist promotion promoted by Governor Carlos Joaquín, last year Quintana Roo received 15 awards, including the Riviera Maya as the Best Destination in Mexico by “Food and Travel” magazine in the Reader Awards, Scuba Diving Scuba Choice Awards to Cozumel as Best Diving Destination and Best Promotion Campaign of the Year with Expedia partners, among others.

To promote thewhole state and its different destinations: Riviera Maya, Cancun, Cozumel, Holbox, Bacalar,etc., the Tourism Promotion Council of Quintana Roo was created by the government of Carlos Joaquín, which participated this year in 35 international fairs, in order to attract more tourists and economic benefits that generate more and better employment opportunities for the people of Quintana Roo.

“Among the promotional activities, a strategic plan was designed for each and every single one of the destinations and segments, so during the international fairs, tourists are encouraged to generate more spending at each destination (depending on the type of travel experience they are seeking), as well as a longer stay, repetitiveness, and more tourists arrive in Quintana Roo, “explained Darío Flota Ocampo, general director of the council.

In a report of activities of the year 2018, before representatives of hotel associations of Cancun, Riviera Maya and Cozumel; tourism directors; entrepreneurs and travel agencies, and the directors of Marketing, Promotion and Strategic Planning, Flota Ocampo said that work is being carried out in the promotion through digital intelligence based on “Internet Search Engines”, social networks, geolocation and transactions, as well as studies of profile, online behavior and barometers of the potential tourist. 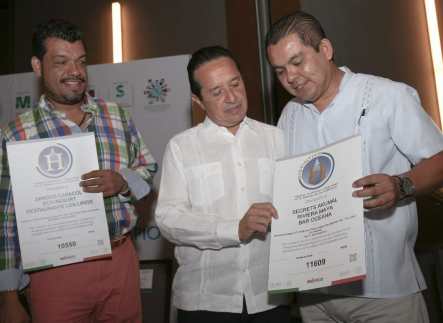 Andrés Martínez, from the area of ​​Marketing, explained that work is being done on the development of a competitive web strategy, architecture of social networks, development of promotional videos, and renovation of the photo bank that features 360 new photographs.

In terms of promotion, Tourist Promotion Council executive director Lizzie Cole, highlighted the participation of the agency in 35 international fairs such as FITUR in Madrid, World Travel Market in London, IMEX America in Las Vegas, just to mention a few, with an investment of more than three million USD in image and advertising campaigns, print media and national and international television, which were financed in collaboration with business partners.

TYT Newsroom with information from noticaribe.com.mx