With winter around the corner, you might already be pulling out the coats and boots, budgeting for heating costs…prepping for the cold, dark months ahead. Blizzards, ice storms, slippery roads and sidewalks.

But what if you could avoid all that? Trade in the boots for ﬂip-ﬂops and go to a place where the only cold thing will be the beer in your hand.

Here are seven idyllic destinations—dotted around the globe—for North Americans to escape to when the weather outside is frightful. These winter havens offer warm weather, good-value for money, and are ideal spots for a part-time retirement or a permanent vacation. 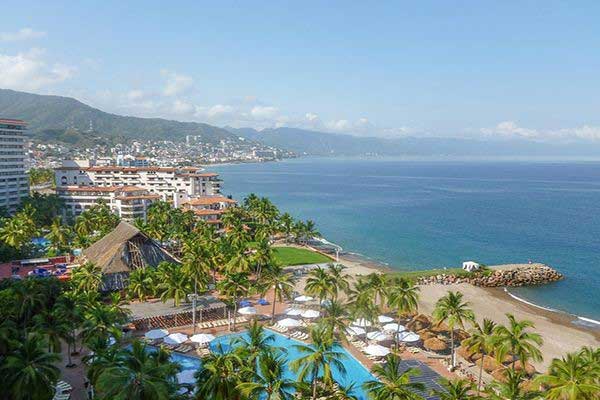 Once a quiet fishing village on Mexico’s central Pacific coast, Puerto Vallarta has grown rapidly into the world-class hub it is today. There’s a lot to like… Cooled by sea breezes, the city sits on Banderas Bay, with the Sierra Madre Mountains at its back. You’ll find top-notch medical care here, and the international airport makes visits back home quick and easy.

The city hugs the bay for miles. Its center is colonial—old Mexico—with historic architecture and narrow cobbled streets. Along the seaside malecón, you have park space, restaurants, and more.

The best time of year, weather-wise, is December to April.

“With high temperatures in the 80 F’s and lows in the mid-60 F’s, Puerto Vallarta is a long-standing favorite for winter escapes,” says Don Murray, IL Riviera MayaCorrespondent. “Leave your boots and parkas up north and enjoy sunny days and romantic nights in this seaside hotspot.”

A typical retired couple should budget under $3,000 for a month’s expenses—all in.

Montevideo, the capital of Uruguay, is a coastal city on the Rio de la Plata, with a population of 1.4 million. It is one of the most diverse and sophisticated cities in South America.

You can walk, run, or socialize on the rambla, the wide coastal promenade that runs the full length of the city. You can shop in outdoor markets or visit one of the many well-equipped gyms. At night you can choose among a variety of dining options, theater productions, live music, and tango lessons.

Montevideo is smaller and more manageable than other major cities in the region. But it’s still a big place, with 62 neighborhoods covering 200 square miles.

Uruguay has a warm temperate climate with almost unknown freezing temperatures. The mild climate is due to the fact that the whole country is located within a temperate zone.

“Flowers bloom, and the long rambla along the Atlantic starts to see more Uruguayans out enjoying the weather. By December, temperatures are in the 80’s F, and now beach umbrellas are blooming on the 10 public beaches.”

Most expats are attracted to Uruguay for its tranquilo (calm) lifestyle—a healthy, stress-free approach to living. Two people can live in Montevideo on $3,200 a month. 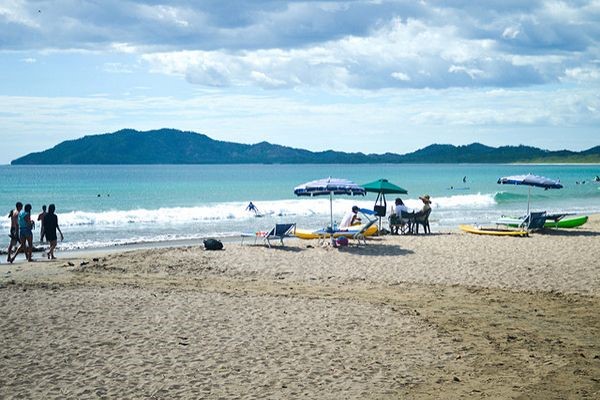 Lying on the country’s north Pacific coast, Tamarindo is a beach town with more than two miles of golden sand. Beach bars and restaurants line the beach, offering the perfect setting for sunset viewing. In town you have chic boutiques, spas, and restaurants.

It’s also an ideal jumping-off point to Playa (“beach” in Spanish) Grande, just across the river, as well as to Playa Avellanas and Playa Negra, about a half-hour south.

“December is the best month to visit Tamarindo in terms of weather,” says IL Coastal Costa Rica Correspondent, Kathleen Evans. “The seasonal rains are finished in November, so everything is lush and green.  The chance of rain is nearly zero. The days remain deliciously warm, but not hot, and the evenings cool off comfortably for that sunset beach walk and open-air dinner.  Temperatures range from 84 F for a high to 73 F for a low.”

The coastal town is accessible for a couple on $2,500 a month (housing included), and in addition, Costa Rica offers high-quality but low-cost medical care, good-value real estate, established expat communities, and welcoming locals.

Huanchaco is a northern surfing and fishing village, located about 20 minutes from the famous city of Trujillo, Peru, that has managed to maintain its small-town charm. Here you are never more than 10 minutes from the beach, with its crashing surf, endless sand, and magnificent sunsets.

The town is famous for its seafood. Ceviche, Peru’s cherished seafood dish of raw fish cured in citrus juices and spiced with chili peppers, is believed to have originated here. The town’s local market provides daily fresh fish, veggies, and exotic fruits for a fraction of what you would pay in the U.S.

Huanchaco is a perfect place to relax, eat wonderful, healthy food, and enjoy the beach and its beautiful sunsets every day of the year. For most of the year, temperatures hover around the low to mid 70 F’s and rainfall is pretty much non-existent. But this area is a great area to escape the harsh U.S. winters.

“Pretty much the whole coast of Peru is sunny at that time,” says Steve LePoidevin, IL’s Peru Correspondent. “Springtime starts in late September, early October, so there’s plenty of time to start planning to avoid the severe North American winters. And it’s reasonable. Here, a couple could easily live on a budget of $2,000 or less.” 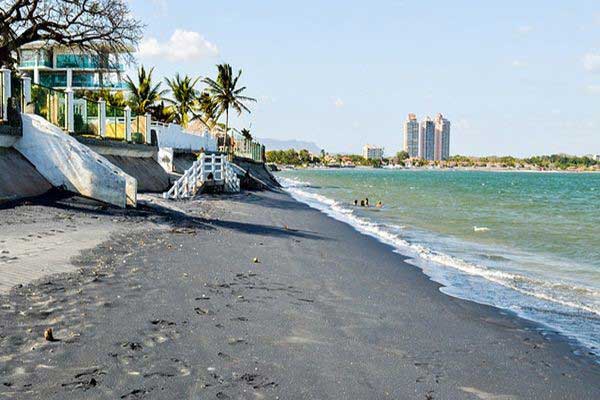 On Panama’s Pacific coast, Coronado is a coastal town, about an hour from Panama City. This is home to one of Panama’s biggest, most active expat communities. You’ll benefit from help and advice from the many Americans and Canadians who have already settled in Coronado and Panama City.

In recent years, Coronado has become a bustling hub for all the tiny surrounding beach and mountain communities. There are now shopping plazas, grocery stores, restaurants, and even a nice new clinic.

If you’re looking to live somewhere more developed…are just beginning to learn Spanish… or want to test-drive life overseas in a comfortable, familiar environment, then this may be the perfect region for you.

“Coronado is located in Panama’s Arco Seco or Dry Arc Region,” says IL PanamaEditor, Jessica Ramesch. “Most every single morning, you can enjoy bright rays of sunshine and a sky that is a deep shade of cornflower blue.

“When it does rain, it’s usually just for an hour or two in the afternoon. Temperatures rarely climb above 88 F during the day, and it’s usually about 10 degrees cooler at night. With ocean breezes and plenty of sun, we’re talking mild, happiness-inducing weather.”

Depending on lifestyle choices—many retirees hire maids and a landscape gardener—a monthly budget for a couple in Coronado would run from $1,750 to $2,975. 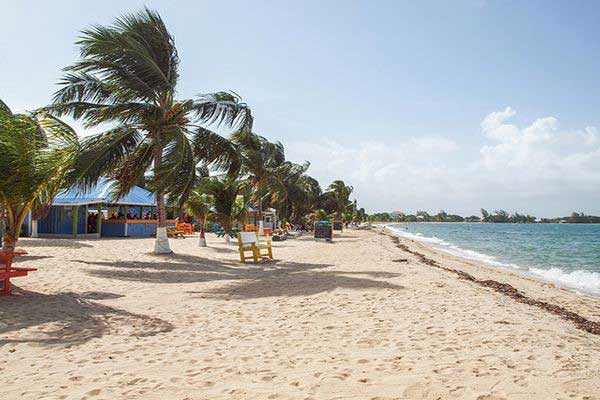 At the tip of a peninsula off the coast of mainland Belize lies the charming little seaside town of Placencia. Placencia looks like a postcard. Jauntily colored wooden Caribbean homes, beach bars, and coffee shops abound, and little stores sell wood carvings and Mayan souvenirs. All the while, you can see the Maya Mountains on your right and the sparkling Caribbean Sea on your left. There are palm trees and endless beach. The combination of Caribbean relaxation with adventure makes the town a perfect retirement beach haven

The idyllic surroundings have made Placencia one of Belize’s most sought-after places to retire.

“One reason Placencia is so popular starting in November, which is the official start of high season, is that the weather in southern Belize is usually perfect this time of year,” says Laura Diffendal, IL Belize Correspondent.  “Low 80’s F during the day, and 70’s F at night combined with sea breezes—you won’t need anything more than one long sleeved t-shirt.”

Placencia is one of the more expensive places to live in Belize due to its popularity with tourists and expats alike but the cost of living here is still much lower than in the U.S. A couple can still live comfortably here for $2,500 a month. 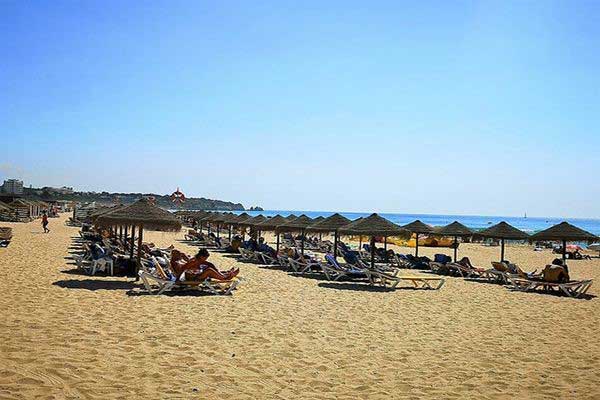 The Algarve is Portugal’s southernmost region and is the vacation destination of most Portuguese and many other Europeans, drawn to the resort-like feel of the towns along this famous Atlantic Coast.

The Algarve is famous for its golf courses, fresh seafood, and the hot and spicy chicken called Frango da Guia. The area is expat-friendly and retirees can get by with English due to generations of British influence.

The region is striking. The crashing waves and steep cliffs of the western-most tip, in Sagres, quickly become long, sandy swathes of beaches and coves stretching for miles to the east, all the way to Spain.

“It’s hard to find fault with the climate in the Algarve,” says Tricia Pimental, ILPortugal Correspondent. “You can count on sun most of the time. During the “rainy season” of October through April, it’s still sunny around two-thirds of the time.

“December is the wettest month, during which you can expect about four inches of rain to fall over the course of the month. But on any given day, the precipitation is more likely to come in a heavy, brief shower, and then the warm Algarve sun reappears.”