The hotel sector is expecting average occupancy of 70% during the Christmas vacation season, which would be the highest level in the past decade.

The forecast comes from the Mexican Association of Hotels and Motels (AMHM) whose president, Rafael García, said that occupancy in the winter period last year was just 59%, with the September 2017 earthquakes and United States travel alerts both contributing to the low rate.

But this year is expected to be different.

Hotels in destinations such as Cancún, coastal Nayarit, Ixtapa-Zihuatanejo and Acapulco are predicting even higher occupancy rates – 85% and 90% in the holiday season, while for New Year’s they expect to be full.

“Occupation will increase from December 20 when school holidays start and continue until January 6, but the best [period] is the end of the year when a 100% occupancy rate is expected at the beach. Already, there are very few spaces left,” García said. 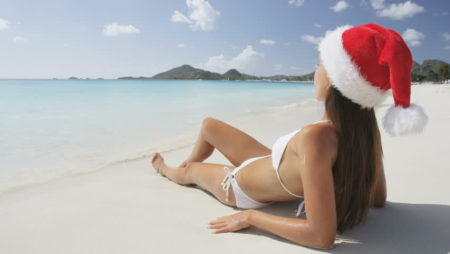 Hotel occupancy in Mexico’s three largest cities – Mexico City, Guadalajara and Monterrey – over the same period is forecast to be slightly lower than the national average at 65 percent.

Although foreign visitor arrivals remain strong, 8 of every 10 visitors to Mexican destinations during the holidays will be domestic tourists, according to the AMHM.

A weak peso, currently hovering at around 20 to the US dollar, is a significant factor for many Mexicans in deciding to vacation at home rather than abroad.

However, for foreigners, the weak peso is an added incentive to travel to Mexico and a growing number of flights into and out of the country are also helping to boost international tourism.

Tourism Secretary Miguel Torruco said last week that more than 42 million foreign tourists are expected to have visited Mexico in 2018 by the end of the year, a figure that would represent 8% growth on 2017 numbers.

Beyond the hotel sector, booking websites, airlines and the timeshare industry are also expecting a strong winter holiday period.

Ana Acevedo, Latin America vice-president for development at timeshare company RCI, said that vacation clubs in Mexico are expecting 80% occupancy over the break.

Booking website despegar.com and the low-cost airline Viva Aerobus both told El Financierothat they expected an upturn in business over the Christmas-New Year period.

The latter will open seven new seasonal routes including three that will connect Mexican cities to destinations in the United States.