3 arrested in killing of young migrants in Tijuana

TIJUANA, Mexico (AP) — Three people were detained in the killing of two young Honduran migrants in Tijuana, authorities said Wednesday, and Mexican media reported the victims had come to the border city across from San Diego as part of the caravan of more than 6,000 people that arrived last month.

Baja California state prosecutors said in a statement that the victims were slain in an apparent attempted robbery Saturday after leaving a shelter for underage migrants. Their bodies were later found in an alley in central Tijuana with stab wounds and signs of strangulation.

The statement said the victims were apparently around 16 or 17 years old, and another youth with them was able to escape.

Authorities arrested two men and a woman Tuesday on suspicion of murder and other charges.

Honduras’ Foreign Ministry said in a statement that the Honduran minor who survived had suffered “serious injuries,” and expressed concern for his safety. It offered condolences to the families of the victims and urged Hondurans not to risk the migratory route “where they are exposed to becoming victims of trafficking gangs.”

With U.S. authorities processing only about 60 to 100 asylum claims per day at the San Diego border, and some 3,000 people already in line to make claims before the caravan arrived, the migrants are facing wait times of months.

That has raised concerns about Tijuana’s ability to handle the large number of people in overflowing shelters, as well as security concerns amid rising violence.

Police also reported that two unknown people launched a tear gas canister into a Tijuana event venue that had been turned into a temporary shelter for migrants on Tuesday night. There were no injuries or damage to the facility. 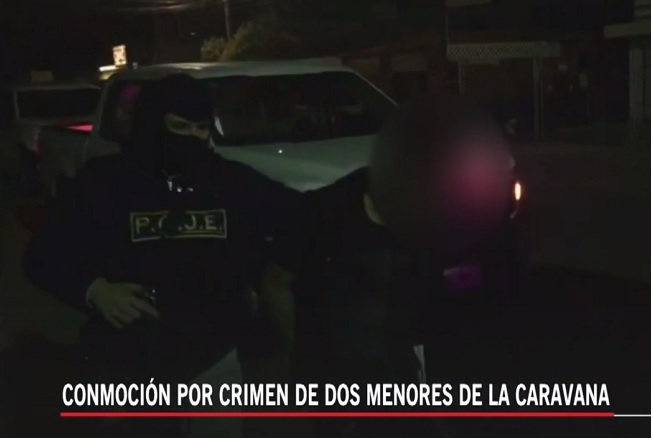