“President Donald J. Trump announced today the designation of the Presidential Delegation that will travel to Mexico City to attend the Inauguration of Andrés Manuel López Obrador, President of the United Mexican States, on Saturday December 1st, 2018:

“The Honorable Michael R. Pence, Vice President of the United States, will lead the delegation.

Press release issued by the Embassy of the United States of America in Mexico City. 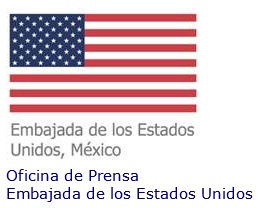