Downtown Merida used to be a quiet residential area long time ago. The owners of the private homes walked the streets with ease and carefreeness.

When commerce began its expansion occupying the private homes and the cargo trucks and public tranportation vehicles brought critical sound pollution, the downtown Yucatecan families migrated away from the center. Leaving some of the estates totally abandoned. Today the “Centro” is in decadence. Neighborhoods like Santiago or San Juan are going through a sad and regrettable phase. Not to mention areas like San Cristóbal, that used to be peaceful and today are considered even dangerous after sunset.

Fact is that the center and its suburbs, from thirty years to date, have experienced a wonderful recovery mostly thanks to Expats that acquired properties and turn them into beautiful houses, recovering an architectural magnificence that uplifted downtown Merida in a significant way.

It should never be overlooked that it was foreigners who took on the task of recovering the urban and economic landscape. And this is important because the classic colonial architecture contributes to position the city as a Cultural Tourism Destnation.

But, once the recuperation of the urban landscape of the Historical Center was achieved, by so many foreigners who live in Centro, the nightlife trade began to appear, and bars started to pop-up all over the place. Its expansion is now totally out of control and the residents are beginning to suffer the negative effects.

Home peace has been affected by the cacophony of high volume music all over the place.

The problem is that inhabitants of Centro want to be respected, while the bar owners say that they have every right to do their own thing. This is correct, but without affecting third parties.

Here we enter a rugged terrain, for atavistic matters, for ancestral customs. Is it that some of these alleged “businessmen” do not have an accurate idea of ​​what respect for human coexistence is? These people evidently are showing no respect at all and they are acting as they “own” the city, which is totally wrong.

One of the definitions of respect says that it is a positive feeling and that it is related to ethics and morals. The different forms of respect are based on the relationship of mutual reciprocity. That is, to respect is to find a balance between two or more different circumstances.

How can you explain such a complex concept to a person who thinks that playing music at over 120 decibels is the best way to sell more booze to a bunch of Yucatecan kids?

So, who is here to mediate and decide? Evidently the authority. But as usually happens in Mexico, the authority is nowhere to be found when you need it the most. 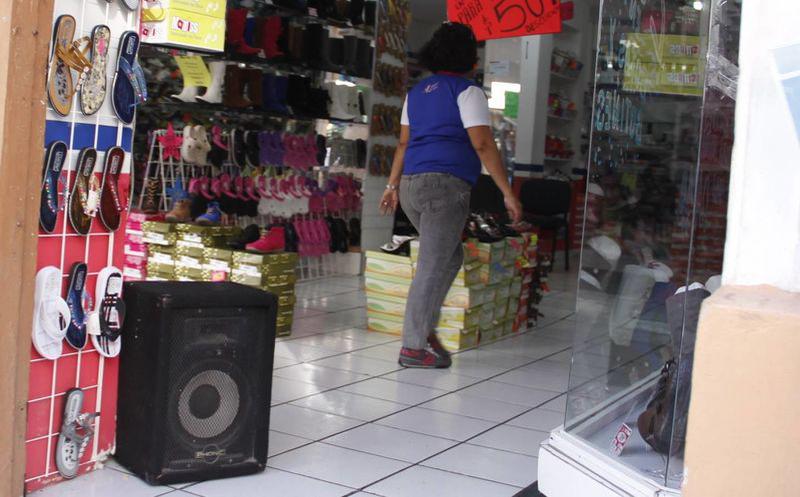 These people placing speakers on the sidewalk and popping the music at the highest volume regardless of what may affect others, guess what? Many of them are not even from Mérida, they came from other parts of Mexico, and bought or leased a property to open up a business.

In social networks there are many who condemn the demands of foreigners to stop the noise pollution that disturbs their peace at home, to which they are entitled. They tell them to leave and go back to their countries of origin… These people obviously don’t realize that if Expats leave Merida, the city would go into an economic recession, to say the less. While, if bar owners close their businesses and leave town, there will be absolutely no economic repercussions whatsoever.

And the problem is that if the local authorities don’t take control of the situation, if they don’t do something to regulate the excessive noise, and in a short time, bar owners will think they own the streets and the city, they are certainly acting as if they own the place already.

Yucatan is no exception in the world of entertainment and leisure trade. What is exceptional is the resistance to set the conditions so that the balance between domestic and the commercial is maintained, for a healthy human coexistence.