Nepal’s tradition of honoring dogs at Kukur Tihar has been taken around the world by a collective of Mexican animal
rights groups that have started celebrating the festival too.

Last week, after Nepal worshipped its dogs, Mexicans brought out their pets in the Mexico City’s Revolution
Square and in Puerto Vallarta, garlanding and smearing vermilion on them just like in Nepal.

Kukur Tihar celebrations were started in Mexico in 2016, and was inspired by the Nepali festival to spread awareness there about the respect humans owe to all animals. Since then, the festival has gained popularity, and
dogs have been singled out for the special honor. “It is important to raise awareness among the population
about the respect we owe dogs, ”organizer of the annual festival Martha Dau told the El Universal newspaper, “we
are convinced that a human being who does not hurt an animal will hardly hurt a human being.” 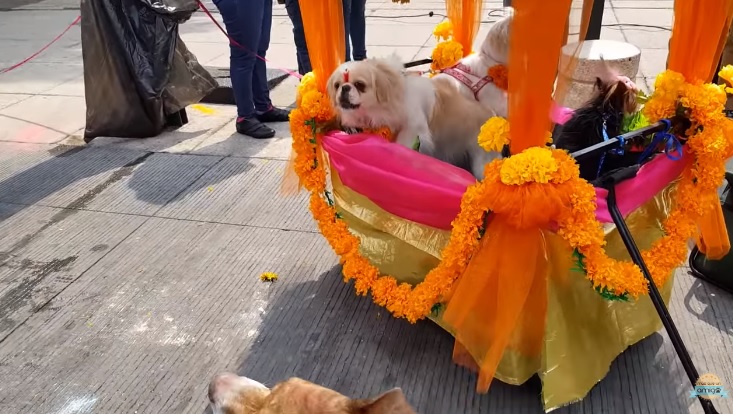 Anemio Maya of the Organización Properro said the festival was inspired by Kukur Tihar in Nepal in which dogs
are worshipped because they are messengers of Yamaraj, the God of Death. “We hope that this celebration will
spread throughout Mexico to raise awareness about the abandonment suffered by dogs and create a feeling of
gratitude that is so necessary,” Maya added.