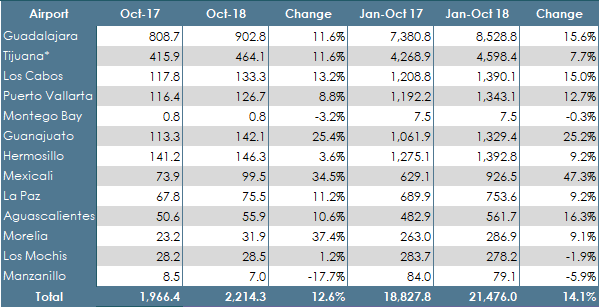 *Passengers in Tijuana who use CBX in both directions are classified as international.

Highlights for the Period:

23 new routes are scheduled to begin operations in November and December, of which 12 are domestic routes and 11 are international.