Grupo Bronco is a Mexican Grupero band from Nuevo León. Bronco’s modern take on the Norteño style in the ’80s and ’90s helped earn them a number of international hits, Now, they made a return to the stages nationwide with extra force, and with desire to stay many more years up there and bringing more success to their outstanding career.

And guess what? Bronco, who by the way is just about to launch a new material, will have a feature presentation on Saturday November 17 at the Centro de Espectáculos of the Yucatan Xmatkuil State Fair.

The interpreters of “Que no queda huella” (Don’t leave a clue) and “Sergio el bailador” (Sergio the dancer) have visited the State twice since their return to music; In November of 2017, they filled Xmatkuil’s Fair palenque, and months later they sold out Mérida’s Forum. 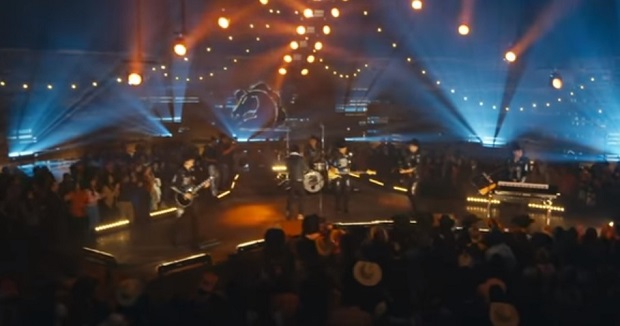 According to the fair organizing committee, this event will be different, because in addition to having Bronco’s performance as the main course, the show will be animated by a professional Rodeo exhibition with the company “Cuernos & Chuecos”, in which courageous riders will participate in one of the “roughest sports in the world”.

There will also be a comic show with clowns, raffles giving out gifts to the public, giant screens (to watch the show closely), pyrotechnics and robotic lights.

Ismael Gámez aka “Pellejos Bill” participates in the event as a rodeo clown (for many people, one of the most dangerous jobs in the world), and he is the one who will put a funny touch to the evening as the Master of Ceremonies.

Undoubtedly, the highlight of the evening (and probably of the whole annual fair) will be the Bronco’s performance, with more than four decades of artistic trajectory, these gentlemen are one of the most iconic “Grupero” music bands in Mexico.

The event will start at 9 o’clock at night on St. November 17th. The tickets, in pre-sale, can be purchased at the Conquistador Hotel (on Paseo de Montejo), on the globalticket.com.mx web page and of course at the Fair’s box office.

If you are a Bronco fan, you can not miss this show, and if you’re not, come and give it a try… who knows you might end up becoming a “Fanático” yourself.