But to one admittedly biased observer, the elder Bush has always been shortchanged.

“As a result of him being a one-term president, historians hadn’t paid much attention to him,” George W. Bush told NPR in a 2014 interview. He called his father “one of the greatest one-term presidents in the nation’s history.”

George Herbert Walker Bush died Friday at the age of 94. He had been hospitalized for low blood pressure and fatigue in May, a week after arriving in Maine to spend the summer.

There were fears that after his wife, Barbara, died in April, Bush might die, too. He was admitted to the hospital with a blood infection on April 23, one day after the funeral for the former first lady, and remained there for 13 days.

He was hospitalized again in May for low blood pressure and fatigue a week after arriving in Maine to spend the summer. He was released a few days later and celebrated his birthday on June 12 — making history by becoming the first former president to reach the age of 94.

Bush was the patriarch of a political dynasty that included one son who served as president, another as a governor and a grandson who currently holds statewide office in Texas. 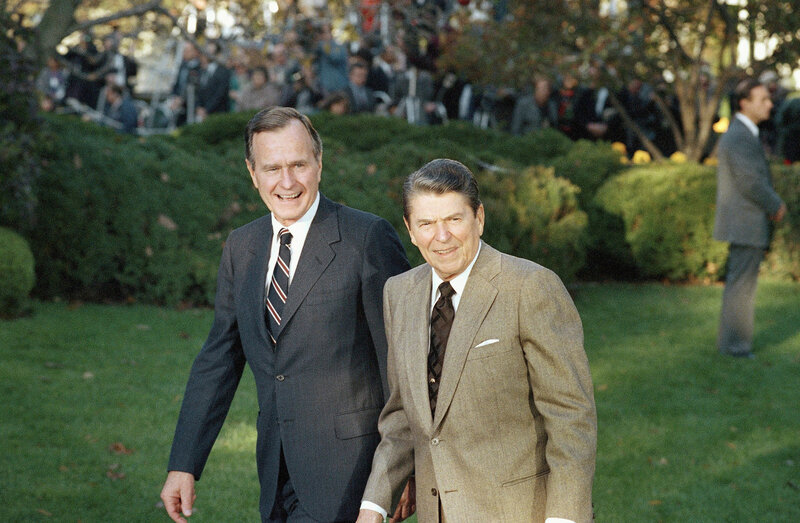 The senior Bush had a lifetime of public service before he became president — as a young Navy pilot in World War II, Texas congressman, CIA director and faithful vice president to Ronald Reagan.

“His loyalty to Ronald Reagan was legendary,” said biographer Timothy Naftali. “He did not always agree with Ronald Reagan. And he was so secretive about those moments where he disagreed, we don’t even have good documentation — at least not available yet — on when he disagreed.”