The Mexican government announced on Monday November 26 that it will extradite Raúl Escobar Poblete to Chile.

Escobar Poblete is a former Chilean guerrilla wanted for decades in his native country by a succession of crimes that include the death of Senator Jaime Guzmán, considered the ideologist of the de facto government of Augusto Pinochet. The suspect was arrested in San Miguel de Allende on May 30th 2017.

According to the statement from the Mexican Ministry of Foreign Affairs, the extradition is due to a complaint from the authorities of Santiago and will allow Raúl “N” (the alias with whom the foreign ministry identified him) to be processed by the Second Chamber of the Supreme Court of Justice of his country of origin.

“It is important to note that the requesting government provided sufficient guarantees that the death penalty will not be applied to the defendant (…) nor will the life imprisonment be applied in accordance with the agreement in the bilateral treaty,” the text indicates. 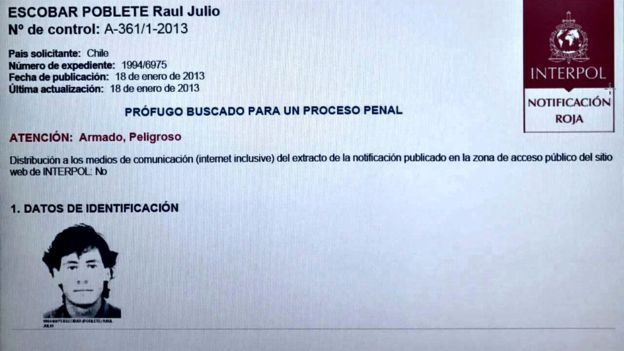 Although many people think that this man deserves the death penalty as he was the intellectual author of many kidnappings. Among his victims there were American citizen Nancy Michell Kendall, former Mexican presidential candidate Diego Fernández de Cevallos, local businessman Eduardo García Valseca and Mónica Jurado, former president Vicente Fox’s daughter-in-law.

But many inhabitants of San Miguel de Allende believe that, in reality, there were a lot more victims, as in some cases the police were not informed and the kidnappers negotiated directly with the victim’s relatives.

The kidnappers also made complicated financial operations to avoid tracing the money for the ransoms, which in all cases went up to several million US dollars.