Chaos at border: US authorities fire tear gas to disperse migrants in Tijuana

Tijuana, Mexico (CNN)A major US-Mexico border crossing in San Diego was closed for hours on Sunday after a group of migrants on the Mexican side rushed the border area, leading US Border Patrol agents to fire tear gas at the group.

About 500 migrants on the Mexican side of the border overwhelmed police blockades near the San Ysidro Port of Entry Sunday afternoon, two journalists at the scene in Tijuana told CNN. 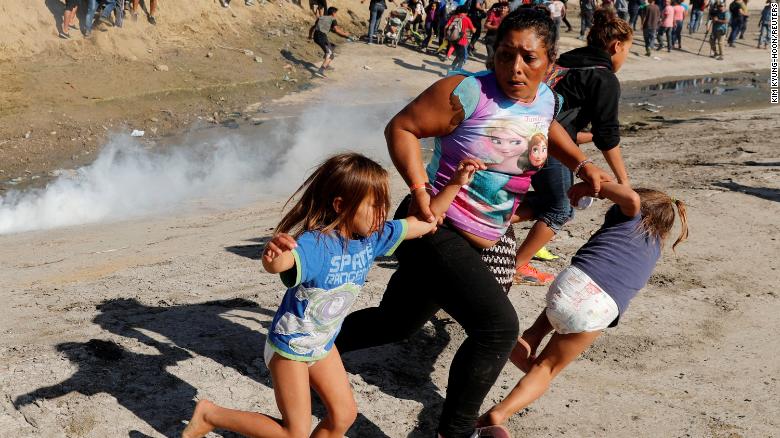 A migrant family runs from tear gas released by US border patrol agents near the fence between Tijuana, Mexico, and San Diego.
As the migrants tried to cross the border, authorities on the US side used tear gas to disperse them, the journalists said. Video of the scene showed a cloud of tear gas that sent people running and screaming, including families with young children.
US Customs and Border Protection said the migrants threw projectiles that struck several agents.
“Border Patrol agents deployed tear gas to dispel the group because of the risk to agents’ safety,” the agency said on Twitter. 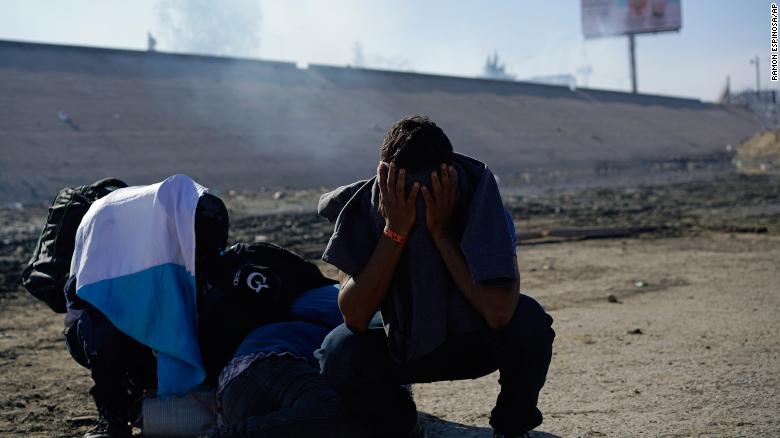 Migrants on the Mexico side of the border take cover from tear gas fired by US agents.
The incident marked an escalation of tensions that have been mounting since groups of Central American migrants began arriving in Tijuana a few weeks ago on their journey to attempt to gain entry to the United States.
The migrants’ presence has drawn demonstrators — for and against them — and threats from President Donald
Trump to close the US-Mexico border. Meanwhile, Tijuana’s mayor has called on the Mexican government and the international community for help.
The melee closed one of the world’s busiest international crossings, San Ysidro Port of Entry, to vehicle and pedestrian traffic for several hours. By Sunday afternoon, CBP reopened crossing lanes in both directions to pedestrians and vehicles. 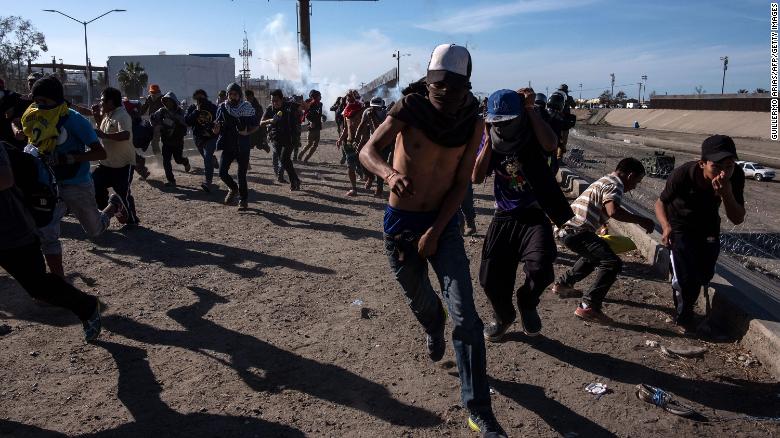 Migrants run along the Tijuana River near the US-Mexico border after US agents threw tear gas to disperse them.
Mexico’s Interior Ministry said federal and local authorities stopped the migrants Sunday from crossing the border illegally. Those identified as having tried to illegally cross will be processed for deportation to their home countries, the ministry said.
By Sunday November 25, Tijuana police had arrested 39 people, that now face deportation, the agency said on Facebook.
The Interior Ministry described Sunday’s incident as “acts of provocation” and warned that far from helping the migrants’ cause, it could result in a serious incident on the border.
The Yucatan Times with information from:
CNN
ABC News