The second citizen consultation promoted by AMLO, which among other points asks about the construction of the Maya Train, is taking place this weekend in Mérida in all of Mexico. No problems or controversies were reported.

The previous consultation, which took place at the end of October and ended with the cancellation of the Texcoco airport, a project of 13.3 billion dollars, was strongly criticized for its low participation and errors in the registration and counting of votes.

Around 1,100 polling stations were installed nationwide and, according to local media, at least five of them were suspended in Puebla, for security reasons.

“The influx is being quite good, a little low perhaps, but the truth is that the box is half full,” said Mayra Ortiz, volunteer and in charge of a polling station on Reforma Avenue.

A citizen says that the people must support AMLO:
The consultation “is important because it is historic and we have to support Andrés Manuel and give ourselves the opportunity to decide as a country”, said Rosario Mejía, a citizen of the capital who positively assessed these plebiscites because they give the people a voice that “has not been taken account for many years. ” 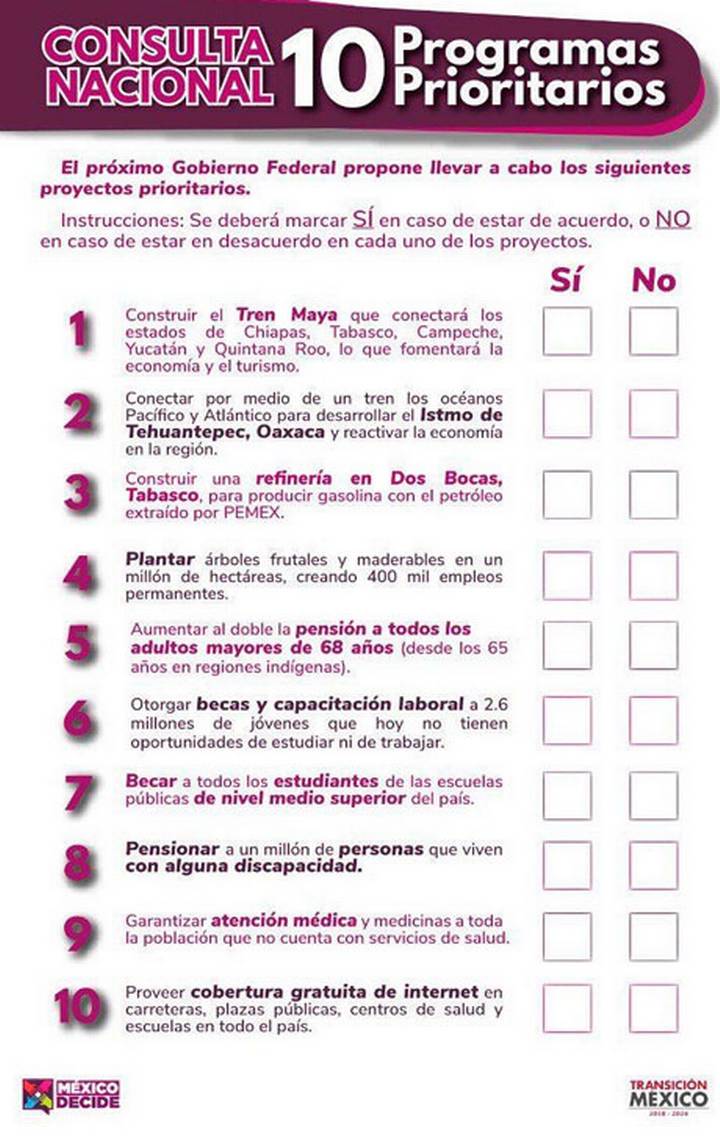