A record number of women ran in yesterday’s US midterm election… How many of them won?

The number of American women in power has grown steadily, but this year’s election, with more than 270 women running for Congress and governor, shattered records.

96 women have been elected to the U.S. House, 12 women to the U.S. Senate and 9 women will serve as governor.

How many were there before?

1 out of 5 Congress members are women.

Which party has more women?

The majority of women running were Democrats, but both parties aimed to set a new high:

7 women made history by winning in the House: 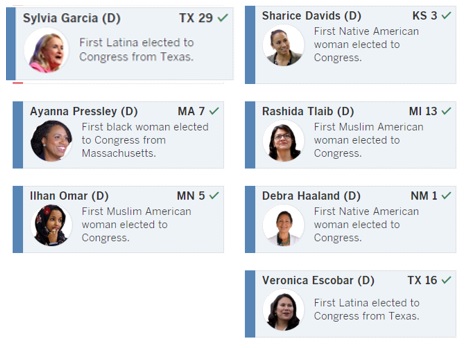