Is US far-right militia “declaring war” on Central American immigrants?

Minutemen were civilian colonists who independently organized to form well-prepared militia companies self-trained in weaponry, tactics, and military strategies from the American colonial partisan militia during the American Revolutionary War. They were also known for being ready at a minute’s notice, hence the name.

Today, the Minuteman Project is an activist organization started in August 2004 by a group of private individuals in the United States to extrajudicially monitor the United States – Mexico border’s flow of illegal immigrants. Founded by Jim Gilchrist and Chris Simcox, the name derives from the aforementioned Minutemen, militiamen who fought in the American Revolution. The Minuteman Project describes itself as “a citizens’ Neighborhood Watch on the southern border”, and has attracted media attention to illegal immigration.

Members of the Minutemen believe US government officials have failed to protect the country from foreign enemy invasion. They strongly support building a wall and placing additional border patrol agents or involving the military to curb free movement across the Mexico-United States border. Roughly half of the members strongly oppose any type of amnesty or guest worker programs, and an overwhelming number oppose sending funds to Mexico to improve infrastructure.

These right-wing activists and militias recently announced that they are raising funds to go to the southern border of the United States, in order to prevent the Central American migrants caravan from entering the country.

They plan to carry weaponsand other miilitary equipment to help the Border Patrol in this task.

Three activists told The Associated Press that they were going to the border or organizing others, and groups on Facebook have posted dire warnings about the caravan. One said it was “imperative that we have boots on the ground.” Another wrote: “WAR! SECURE THE BORDER NOW!”

The militia members said they plan to bring guns and equipment such as bulletproof vests and lend a hand to the Border Patrol to protect against people unlawfully entering the country.

“When I look at TV footage of this “Caravan”, I see young, fighting-age men who do not look like they’re starving. They look like they’re ready to fight,”  said Monica Marin, an Oregon resident, who has raised about $4,000 USD online to help militias buy supplies. At the same time, Marin said: “We’re trained. We’re not hotheads. We’re not out here to shoot people.” 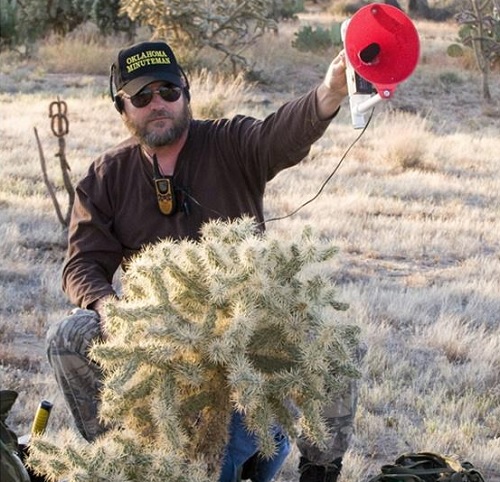 Meanwhile, Marianna Trevino Wright, a South Texas resident who is director of the nonprofit National Butterfly Center, said she is more fearful of the militias than the caravan.

“We go about our business here every day in a peaceful manner,” Wright said. “The idea that we could be invaded not by illegal immigrants but by militia groups … is regrettable, and it will end badly.”
TYT Newsroom with information from: