Trump Threatens To Order Military To ‘Close Our Southern Border’

President Donald Trump on Thursday October 18th, threatened to shut the U.S.-Mexico border, claiming without evidence that several Central American countries are allowing “many criminals” to head to the U.S. 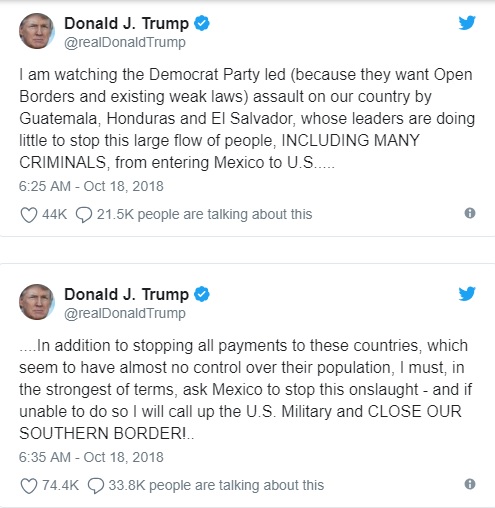 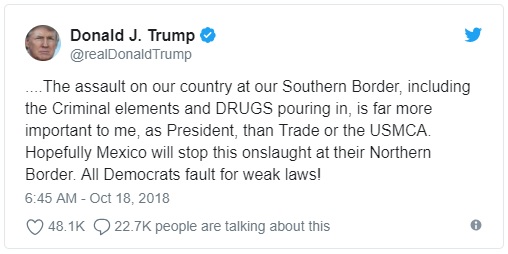 The president appeared to have been referring to a caravan of migrants now traveling through Honduras and Guatemala en route to the border. On Tuesday, he threatened to cut off aid to the two countries, as well as to El Salvador.

In his flurry of early-morning tweets, Trump also took a swipe at Democrats for “open borders” and “weak laws.”

Earlier this year, a similar caravan of migrants sparked the president’s ire, leading him to call on governors to deploy National Guard troops to the border.