The tenth edition of La Noche Blanca continues to take shape and for the first time cultural spaces of the Ministry of Culture and Arts will be added, such as the Popular Art Museum of Yucatán and the new Palacio de la Música to the offer of “art to cap “to be held on December 8.

The Director of Culture Dr. Irving Berlin Villafaña led a rapprochement meeting with representatives of several museums that have participated in past editions of this successful program, which has become a trademark of Mérida’s City Council.

The meeting was presided by Erica Millet Corona, head of the Ministry of Culture and the Arts (Sedeculta), who explained that “La Noche Blanca” is the result of the openness, willingness, joint activities and collaboration between municipal authorities, museums, art galleries, hoteliers, restauranteurs and other entrepreneurs.

Other representatives of museums and cultural centers present at the event were, Mtra. Ana Méndez Petterson, Director of Museums and Heritage Sedeculta. and Maleck Abdala Hadad, in charge of Palacio de la Música, a space that together with the Popular Art Museum of Yucatán would have a special program for La Noche Blanca . Other cultural spaces that will also open their doors will be the “José Peón Contreras” and “Daniel Ayala Pérez” Theaters.

Irving Berlin recalled that the historic center is the site where “La Noche Blanca” operates, but it is the contribution of citizens, civil groups, and artists that have allowed it to remain an inclusive and noble project.

He also extended the invitation to attend to Mérida’s museums to contemplate innovative, creative projects, including new disciplines, proposals, and artistic projects.

One of the concerns of the president of the Yucatecan Song Museum, Mrs. Elena Fernández Moral, was the issue of mobility. She said we need to encourage the use of bicycles .

Representing the Fernando García Ponce Museum (MACAY), Elba García Villarreal said that “La Noche Blanca” is a wonderful, one-of-a-kind project, and added she was very pleased to see the number of cultural spaces that have already joined the programme. 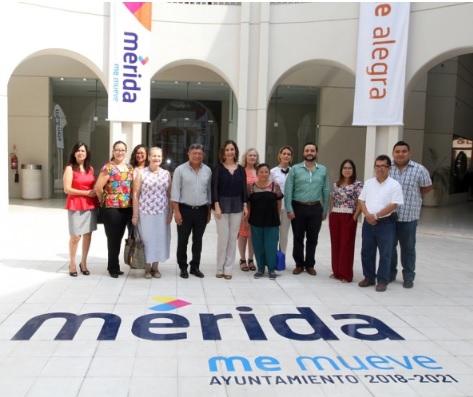 Finally, the Director of Culture thanked the initiative to work in coordination with cultural centers in charge of the state administration during the tenth edition of “La Noche Blanca”.

It is worth mentioning that a group of local gallerists proposed more promotion to the subject of art collecting and find new strategies for the public to visit their galleries.

TYT Newsroom with information from larevista.com.mx