Neighbors on Calle 56, between 53 and 55, complained of being disturbed by late-night noise coming from La Mentecata. The bar is in a mixed-use neighborhood comprised of private homes, small businesses and tourist lodging.

On social media, the bar’s management was defiant, and vowed to return with even bigger parties. One customer replied that their fans were there when they were shut down, and they will be there when the bar reopens.

La Mentecata was briefly forced to close in February 2017, but has blared music across the neighborhood with regularity ever since. Then, shortly after the new city administration took office, the notorious bar was closed again.

Opening in a space that previously drew no attention to itself, the nightclub recently celebrated its second anniversary. 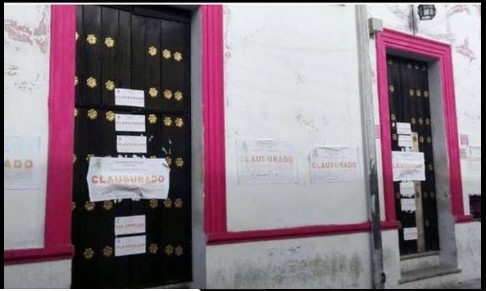 “I hope that other business owner will wisely moderate their noisy activities (and) make changes to their installations,” one neighbor wrote on social media. “In reality it’s not difficult. Double vitres (windows) and AC. No music outdoor in urban areas. That is what is done in many other countries I visited or lived in.”

The bar has live music and attracts mainly young, college-age patrons. A stage for bands is in the outside courtyard, and patrons are allowed to spill over into the street.