On Saturday, October 20, the 12th edition of the Alebrijes Parade in Mexico City, organized by the Mexico Museum of Popular Art, featuring gigantic papier-mâché sculptures created by artists, artisan workshops, and enthusiasts from all over the country, took place in Mexico City.

At 12:00 PM Alebrijes of all shapes and colors were displayed at the city’s main square (Zócalo).

From there, the parade continued through the 5 de Mayo street towards Reforma Avenue and finally concluded at the Angel of Independence.

The monumental alebrijes will remain in the main sidewalks of Reforma Avenue until November 4. 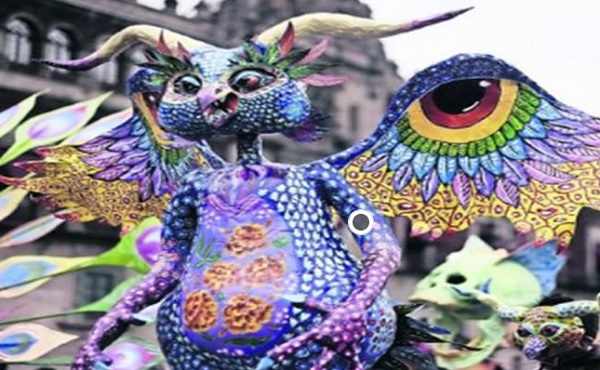