The report of 23 scientific teams that participated in the Binational Node of Innovation of the Southeast (Nobi) showed the result of new technological projects that are in development at the laboratories of research institutions and universities, but are not yet ready to go out on the market.

They are already conceived, manufactured, studied, consulted with potential customers, but the technology needs to be refined to be more efficient and to have a higher impact at the time of its application.

On October 9, the last phase of the Nobi program ended with the projection of the advances in the 23 projects, at the Holiday Inn Mérida, with the conclusion that these inventions should continue their development in the laboratories of their respective educational institutions.

The projects are not ready for commercialization yet, but the scientists certainly have shown very substantial advances.

For example, team 120, led by the leading entrepreneur, biochemistry engineer Martha Lizama, informed that the creation of a nanofertilizer achieved a 250% yield in the production of habanero pepper in a consistent manner, which showed that this technology is highly effective.

Team 120 interviewed 101 distributors of fertilizers, greenhouse and in vitro producers in Yucatan, Morelia and Guadalajara, and corroborated that the fertilizer market is not very exploited, that 50% of the production cost is spent on fertilizers and the largest amount of these are brought from abroad.

In Guadalajara, the team saw a lot of organic producers who export all their crops and also farmers who use precision systems. However, the Yucatecan nanofertilizer does not have an official certification yet, so its distribution is difficult. Cofepris permits need to be obtained for its sale. Therefore, they can not launch it on the market and it has to return to the laboratory to lower its toxicity and test it on other crops, not only in habanero peppers, because that would subtract the market from the product.

Team 136, headed by Professor Rubén Raygosa, along with Daniel Pech and Christian Escalante, created an apparatus called the Dissolved Chlorophyll Meter for water quality. They proposed it to aquaculture farms, environmental government agencies and aquariums, but only the Cetmar (Centro de Estudios Tecnológicos del Mar) was interested in their invention. 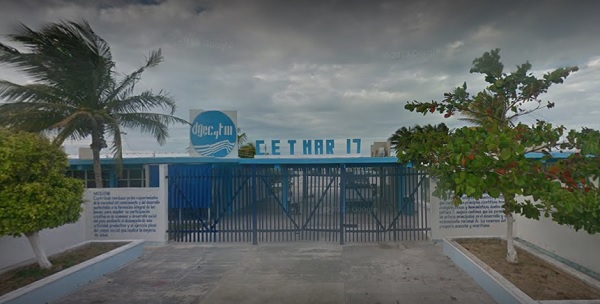 During the research they discovered that measuring water quality has a high cost and therefore they do not monitor it or obtain permanent results. The devices commonly used are of foreign origin and present maintenance difficulties. Then, the team decided to re-engineer the meter, integrate more sensors, make the equipment portable and have more effective results. They will continue with this project and when they improve they will conduct the respective demonstrations.

Professor Raygoza says that: “There are thousands of potential customers.”

Other projects in development are the production of phytase from green algae, light construction materials, antibiotics extracted from chili and the use of natural plant dyes.

Javier García Villalobos, coordinator of the event, reported that the Nobi emerged last June with 23 technological innovation projects selected. The teams belong to 10 research and higher education institutions and this program aims to encourage the creation of new technology companies.

However, the projects are at an early stage and so far none has managed to consolidate as a business and enter the free market.

Each team is made up of a principal research professor, a graduate or postgraduate student and a business mentor from the private sector.

This binational node is the only one in the southeast and in all of Mexico there are only 8 Nobi’s. They receive financial support from Conacyt for training through recognized scientists and the cost of the project is financed by the educational institution to which they belong.

“These working teams will continue to improve technologies and will continue to look for a market for their products,” said García Villalobos. “They will return to the laboratories, but they will we be back for another opportunity.”

The project exhibition closing ceremony was led by the leader of the Binational Node in Yucatán, Dr. Tomás González Estrada, CICY researcher.