10 Simple Reasons Why Mexico is an Expat Magnet

Did you know that more U.S. expats call Mexico home than any other country in the world? We’ve gathered up the must-know Mexico facts and broke them down into 10 simple reasons why expats love Mexico.

Sure its geographic proximity makes it an obvious choice for those wanting to escape the ever-increasing taxes and ever-decreasing freedoms north of the border.

But what other Mexico facts make this country such an appealing option for expats from the U.S. and Canada?

These are the top 10 simple Mexico facts which draw foreign residents from all over the globe. 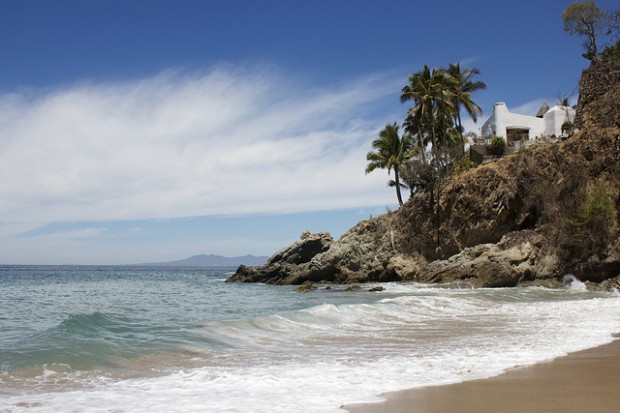 1.  Mexico has one of the most diverse topographies of any country in the world.

Mexico’s land area is ⅕ of the size of the United States, making it the 14th largest country in the world.  That’s huge, as expat destinations go.  And, unlike large nations like the U.S. and Canada whose climatic regions vary relatively little by comparison, Mexico’s topography is extremely diverse.

Within the country’s borders lie beaches, mountains, deserts, lakes, and even jungles. Not many popular expat spots can say that.  From the desert and semi-arid interior and Baja peninsula, to the temperate and rainy Sierra Madres, to the tropical Pacific Coast and Yucatan Peninsula…whatever your preferred climate, you can find it in Mexico.

Not only does the country offer a variety of options for living, you never have to travel very far to experience a completely different kind of environment.

Take Ajijic, for example.  This popular expat destination is located on Mexico’s largest lake, Lake Chapala, which is surrounded by mountains.  Yet it’s only a half day’s drive away from Puerto Vallarta, one of the country’s biggest beach hotspots.

With such a diverse assortment of ecosystems, it should come as no surprise that Mexico also has an abundant array of plant and animal life as well.  In fact, it ranks fifth among all countries in the world in biodiversity.  Although the country represents only 1.5% of the planet’s land mass, it has more than 10% of the 1.7 million known species in the world.

It ranks first in the number of reptiles, cacti, and pine trees it contains.  It’s second in mammals, fourth in amphibians and vascular plants, and tenth in birds.  It is also home to 10% of all the butterfly species in the world.

The identified species in Mexico total over 65,000.  However, since the majority of the country has not been inventoried, it’s estimated to contains closer to 200,000 or more species.  It’s a nature-lover’s paradise!

3.  There are plenty of opportunities for every kind of adventure in Mexico.

Mexico is also a great place for those who love adventure.  And not just the high-adrenaline kind of adventure either.  Due to its beautiful and varied natural environment, you can experience the outdoors in many ways in Mexico.

The mountains offer opportunities for zip lining, hiking, kayaking, and whitewater rafting.  Coastal areas have all the aquatic activities you could want, like surfing, sport fishing, scuba diving, and kite boarding.

There are also opportunities to experience the local culture by visiting indigenous groups in remote areas, who still live life much as they have for centuries.  Not to mention tons of historic sites and ancient ruins.

4.  Due to Mexico’s climate, residents never have to come inside for the winter.

Not only is there so much to experience throughout Mexico’s coasts and interior, but it can be experienced at almost any time.  Obviously, conditions like temperature and rainfall vary from region to region and season to season (in some cases), but on the whole the weather is much more pleasant year-round than in North America.

For this reason, many of the activities expats enjoy can be experienced throughout the year.  Those beach bums who love to surf can do it in any season.  The avid gardener can produce the same delicious fruits and veggies year-round.  And those who don’t ever want the temp to rise out of the mid 70’s can realize that dream in one of many mountain towns.

5.  Mexico is ideal for the expat who wants to experience the rich culture of a foreign country.

Mexico is absolutely dripping with tradition and culture.  Its citizens are a people who are anchored by the importance of religion, family, and their traditional customs.

This can be a lot for a newcomer to absorb.  It requires learning a new language, new ways of doing things, and new ways of relating to people.  (Well, that is, unless you decide to live in a gated expat community and only socialize with other gringos.)

Experience has shown that those who are willing to embrace Mexico’s culture and customs can easily succeed and even thrive in their lives as expats.  The key is not to merely accept the ways of the Mexican people but to actively integrate yourself into the local community.

This kind of eagerness is noticed and greatly appreciated by the locals, who will go out of their way to help newcomers assimilate into the culture.  For those who can learn to love Mexico for what it is, it can quickly become a comfortable home away from home (or even simply…home). 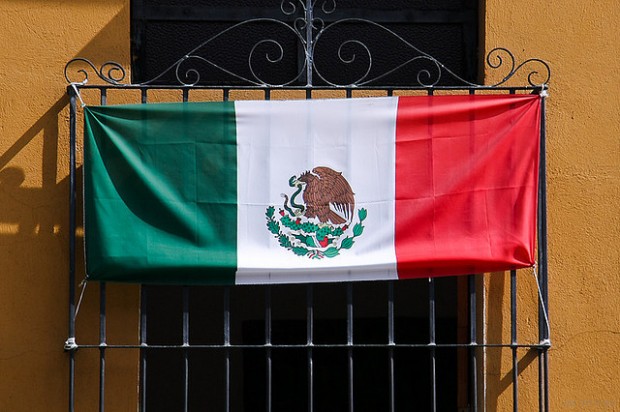 6.  Mexico is all about families.

Extended family lunches where three, or even four, generations gather together to talk, laugh, and reminisce don’t just happen on holidays.  They’re a regular occurrence.

Families gather in local parks in the evenings to enjoy quality time together.  On weekends, they visit museums and other local attractions.  It’s exactly the kind of family atmosphere that many expat families are seeking when deciding to leave their home countries, whether for a short time or indefinitely.

7.  Everything in Mexico moves a bit more slowly.

The pace of life is one of the major factors that leads people to choose Mexico as a place to live as an expat.  Theirs is a culture that moves at a slower rate.  That can be frustrating when you’re waiting on a repairman, but the other 98% of the time it’s ideal.

Once you come to terms with the fact that things don’t always happen when they’re supposed to, it can be quite freeing.  Because the flip side is that not a whole lot is expected of you either.  There are fewer distractions, fewer obligations, and much more free time.

In fact, the whole concept of time is different.  Time isn’t money in Mexico. it’s just time.  And it’s yours to prioritize as you see fit, not as dictated by the million demands placed on those living in a North American culture.

8.  While different in many ways, Mexico still seems awfully familiar.

If you’re looking for a place that’s different from home (but not too different), Mexico is a great compromise.  Maybe it’s because it’s physically close to the U.S., or–even more likely–because expats from the U.S. and Canada have been flocking to Mexico by the thousands for decades.

As a result, it resembles its North American neighbors in many ways.  English is widely spoken.  (In fact, it’s taught in every school as a second language.)  And there are many familiar sights, from restaurant chains to U.S. television networks.

And because there are so many expats, it isn’t difficult to find people who can relate to your position as a new immigrant.  There are a number of cities and towns with established expat communities that can make a big difference in helping newcomers assimilate into the culture.

9.  Despite being a developing country, Mexico offers many first-world conveniences.

Another thing that makes Mexico both familiar and attractive to expats is the quality of its infrastructure and amenities.  While some towns are more developed than others, it isn’t difficult to find almost anything you could need or want within a short distance away.  From restaurants to shopping to world-class health care, Mexico has a lot to offer.

Not to mention, most areas in Mexico have excellent roads and fast internet.  There are several modern airports and even a soon-to-be-completed high-speed rail system. Getting to and getting around in Mexico has never been easier.

10.  One of the best facts about Mexico is its surprisingly low price point.

One final factor that makes Mexico such a great place to live as an expat is its low cost of living.  While not the cheapest in Latin America, as is often true, you generally get what you pay for.  And, though it’s not the lowest, the cost of living in Mexico is considerably less than that of the rest of North America.

All in all, it’s a great value.  Food and housing costs are low, as is transportation. Services and utilities are close to U.S. prices.  However, all costs vary depending on your location.  For instance, rent can be extremely cheap in rural areas, yet accommodations in popular areas may rival U.S. prices.