TransferWise -from Fail to Success-

How Did TransferWise Grow?
TransferWise is a money transfer company who specializes in international transfers. Their straightforward, easy-to-use site is now incredibly recognizable in the FX space. However, this was not always the case. As of January 2017, TransferWise was hardly profitable. They were regularly getting outdone by their competition, and things were looking bleak. That all changed over the last few months. In 2017, company officials admitted they are transferring more than £1bn a month! So, how did this online international money transfer company make it big? And how do they plan to continue to grow?

The Issue
Every expatriate knows the pain and suffering he has to endure in order to change his money from one currency to the other. Perhaps very well-off expats with premium accounts and access to premium rates aren’t seeing much pain and discomfort at the exchange of funds, but most people would definitely agonize over the unreasonable fees.

If you are buying a house in Merida, the average cost of home is MXN 1,890,000 pesos or just over $100,000 USD. If you are going to use sub-optimal exchange rate, you could lose up to 5%, which is quite unreasonable. For this reason precisely, Transferwise was established.

About TransferWise
TransferWise is a startup that was launched in 2011. It’s founders, Taavet Hinrikus and Kristo Käärmann, set out to create an online-only international money transfer company that would make it significantly easier and less expensive to transfer money abroad. TransferWise was able to drastically lower the overall cost of a cross-border transfer with their innovative platform. A handful of other online FX companies use this same system, such as Currencyfair. 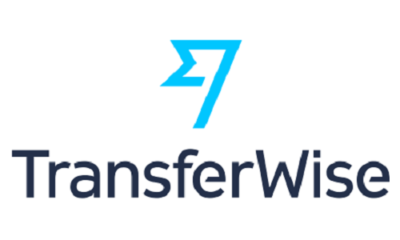 The TransferWise platform is able to keep costs low by simply not transferring funds across borders. So how does an international money transfer company who literally helps people transfer money internationally pull that off? They developed a unique peer-to-peer transfer system. This allowed money to be “sent” to someone by matching transfers from both sides of the currency pairing. For example, if someone is buying dollars with euros, and another customer is buying euros with dollars, the money would simply be “paired” instead of transferred or exchanged. TransferWise doesn’t always find perfect matches. In those cases, they either exactly match the transfer order (making up for the margin) or exchange the money on their own dime.

That uniquely intriguing system, fueled by ultra low fees, did not have the impact Transferwise desired it would have.

How Did TransferWise Fail?
We should note that TransferWise is no longer failing – in fact, they’re thriving. However, for a long time they weren’t doing well financially as an organization. This was, in part, for the following reasons:

How Did TransferWise Succeed?
Of course, we now know that TransferWise has become a huge success. The few bumps in the road that they experienced as a company seem to be in the rearview mirror as they look ahead to a profitable and innovative future. Here’s a few reasons for their sudden turnaround:

We can take several lessons from TransferWise’s sudden success. The first is that regardless of how a company begins, it’s how they choose to grow and improve themselves over time that truly counts. The second and more pertinent to users is that the fintech industry is growing. If a service like TransferWise was unpopular all a few months ago, it’s difficult to know what could be around the corner. Additional companies are cropping up, and existing companies like TransferWise are starting to expand their offerings to create an even more forward-thinking experience for their users. This company will surely continue to grow, and will likely lead the way for several other fintech companies to follow suit.