The Top Oil Field Technology Advancements You Need to Know About

For a long time, oil, also known as ‘black gold’, has been in great demand. It’s what powers half of the world’s energy. You wouldn’t want your car to remain rusting in your garage, right?  But the world as it goes now would grind to a complete halt if the oil industry stopped output tomorrow.

The past few years though haven’t been that great when it comes to the oil industry and it has been sluggish since 2014. The matter is much worse considering some oil and gas companies have totally refused to change with the changing times.

Other companies in the world are spearheading a safer and greener way of conserving the environment.

Today’s business landscape is very hard to tackle, but companies like VarnerPipe.com are adopting new and improved ways to keep up with all the changes. Some of the challenges faced by the oil industry include:-

Fortunately, advancements in technology have come to play and caught up with the industry’s needs.

It’s not just companies like Varner Pipe, LLC that are bringing the future to today. The following are some forms of technology that have been adapted to the oil and gas industry.

In the year 2019, the robotics industry will be worth about $135.4 billion. The oil industry has adapted robots to reduce cost and improve productivity.

One of the most famous robots used in the oils and gas industry is the RoughNeck made by National Oilwell Varco Inc. The robot automates drilling in the ocean and hard rocks. It makes the process efficient and safer for labourers.

Most oil companies know that drilling an oil rig is very expensive. For this reason, they have adopted other forms of robotics such as: 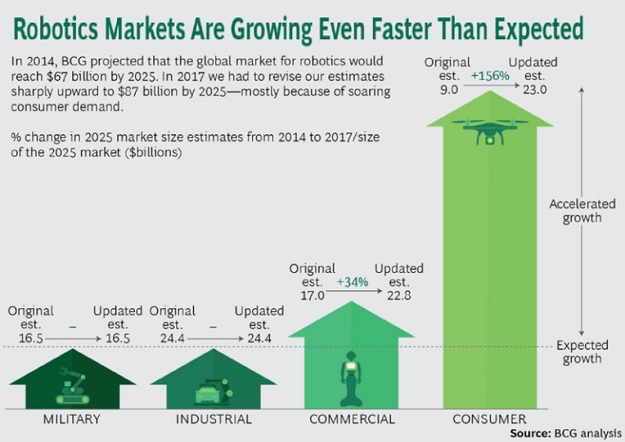 One of the most prominent problems, the oil and gas industry faces is underwater pipeline problems. However, with the new form of technology, there are now automatic robot-like systems that are able to automatically repair pipelines.

These robots are linked to the vessel carrying them using cables. They have video cameras, water samplers, light and temperature regulators. These features have been developed so that automated underwater vehicles can perform efficiently.

The vehicles vary in sizes and have been built to suit the purpose of ocean exploration as well.

Most of the oil reserves lie beneath the ocean which makes it hard for engineers to reach them. Some of the problems they face while drilling include:

However, using robotic systems oil and gas companies can drill the seabed for oil without ever having to leave home.

Although a lot of companies have been slow to adapt to the new form of robotics, there are bound to be more exciting robotic applications as the years roll on.

The AI industry is expected to reach $2.85 billion by the year 2022. And the oil and gas industry is just one of many industries that already should be establishing research centers for the purpose of using AI and to seek high performing sensors and software which will be able to digest a large amount of data.

The AI has proven to be the solution the industry needs to regain back it’s performance and increase the profits. Companies who have adapted AI have found great reliability in the upstream sector, midstream sector and downstream sector.

This is popularly known as the Exploration and Production sector where companies have to drill natural gas and crude oil. However, the companies face major challenges such as

Fortunately, sensors operated with AI have been designed to reduce operating costs and be able to find drilling spots with little to no input.

For instance, the Silicon Valley data supplier Tachyus designed a system that collects data from all its sensors. This includes drilling logs, seismic activity and completion designs.

The midstream sector deals with storage and transportation of crude oil, liquefied and natural gas. It links the production areas to where there are consumers.

AI has been integrated to ensure that there are better decisions and operating capabilities by automatically finding the quickest path from point a to z and the most optimal loads on all available crafts.

The downstream sector is the most popular sector. It includes:- oil refineries, petroleum product distributors and petrochemical plants.

Some of the products produced include diesel, gasoline, jet fuel, plastics, propane, natural gas and lubricants.

For example, Oracle EPM Cloud is a system that has been developed by California based company Oracle Cloud. They help downstream companies streamline their refinery and petroleum options thus increasing their revenues.