Yucatecan mummies of Santa Elena another tourist attraction in our state

Although, Guanajuato is famous for its mummies, Yucatán also has a museum dedicated to its own. It is located in the municipality of Santa Elena, in the south of the State, just a 15 minutes drive from the archaeological site of Uxmal. The museum is located right next to the church of this community.

The museum receives hundreds of visitors throughout the year, especially on dates close to the celebration of the Day of the Dead. In addition to the children’s mummies, you can see various ancient objects and replicas of Maya pieces.

The visitor can tour three rooms in which there are several objects of historic value, property of the municipality. These items are considered attractions of the region, and were found in archaeological sites and cenotes.

In the last room, four mummies of children are on display. The mummies were found in 1980 when remodeling work was being done in the parish dedicated to San Mateo.

According to the information of the museum, 12 mummies were found in the place, some were sent to Mérida for study, and others returned to the Santa Elena crypt, only four are on display.

When analyzing the remains, the INAH experts agreed that for some reason the infant corpses had not undergone the normal decomposition process of some parts of their bodies, preserving themselves in a state of mummification. 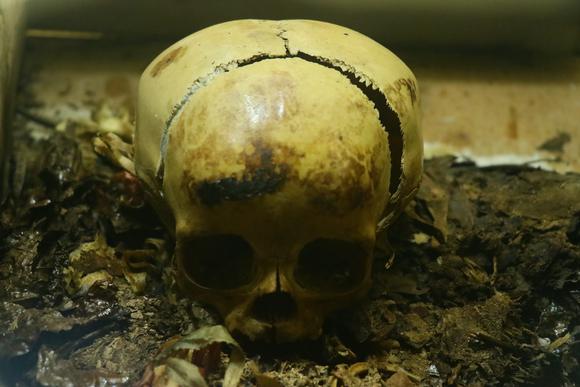