Our 2018 Summer Visit to Mexico

My family, consisting of my wife and our two sons, visits Mexico each summer. We recently returned from our annual visit, although this time one of us didn’t go. (More on that later).

First, some background: I resided in Mexico a decade and a half, where I worked as an English teacher. There I met and married Lilia, and later our two sons (David and Raphael) were born. Ten years ago, I received a job offer stateside and so we moved here to the U.S.

Ever since, we have visited Mexico each and every summer.

Spending time in Mexico is an effective way to visit my wife’s family, our friends, and to reconnect with the country.

This year our elder son was not able to go with us, as he went on a nearly one-month Christian mission trip to a whole other country.

The reason we went to Mexico when we did was that July 1st was the Mexican election, and my wife votes in Mexico. (She is a Mexican citizen, and a legal resident in the United States.)

My wife’s parents had been staying with us in the United States, so on the day we left we took them to an American airport from which they flew back to Mexico. We continued on our way, driving to Mexico, to rejoin them a few days later.

We drove into Mexico and went to the Mexican immigration border station, where I obtained a personal permit to be in Mexico and a car permit. (Mexico requires permits for cars from the outside, to protect its own car manufacturing industry.) Eventually we arrived to the urban area where we formerly resided.

Our 15-year old son now has his learner’s permit, and he got to drive a lot in Mexico. It was good training for him, and he drove in both rural and urban areas. The experience taught him not to take anything for granted (like turn signals) and to drive defensively.

We like to go to the movie theater when we’re in Mexico, as the cinemas there are nice and more reasonable in price than where we live in the United States.

The cinema business is a big one in Mexico, and many English-language movies are shown. If the movie is considered as being for children, the dialogue is overdubbed in Spanish. But if it’s not, the dialogue is left in English and there are Spanish subtitles. This time we watched a Marvel movie, Ant-man and the Wasp. It was entertaining. 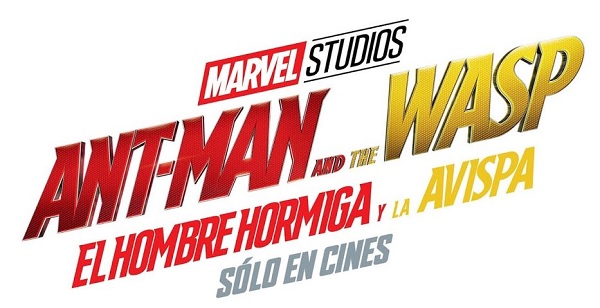 We also got some mechanical work done on our car while in Mexico. Wages for labor are much cheaper in Mexico, which explains why many American employers prefer to hire illegal Mexican labor.

We were able to take a few drives in the country where saw some beautiful scenery and nice farmland.

A structure we visited was a sturdy bridge constructed in the late Porfirian era just a few years before the Mexican Revolution. We walked over it, through it, under it (the river bed was dry), and finally we drove over the bridge.

On another occasion, my son and I rode a passenger bus to a small city in the area, from which we walked to the river which on this occasion had a lot of water.

The Mexican election of 2018, held on July 1st, was why we went when we did. In fact, we arrived to the metropolitan area on June 30th, the day before the election.

My son and I accompanied my wife and her parents to their regular polling station in a local school. As before, I was impressed by the Mexican voter registration system, which is much better than the slipshod system in use in many U.S. states. We could learn from Mexico.

To begin with, each Mexican voter is issued an official voter ID by the government. It has a holographic image and a photo of the voter, along with his or her fingerprint.

When a voter goes to vote, poll workers and party representatives at the polling station have a book that shows the photograph of every single voter in the precinct.

Also, the voter’s thumb is smudged with ink, which wears off in a few days.

It’s a good system and we ought to adopt a similar one in the United States.

Also, on election day, we visited another polling station which was really 13-polling-stations-in-one. It was at another school, with 13 distinct polling stations located on the school grounds.

At one of these polling stations, my wife’s cousin was serving as the president of the polling station, a non-partisan, volunteer position. We dropped in on him but didn’t distract him too much, after all he was very busy.

The winner of the presidential election was Andres Manuel Lopez Obrador, known as AMLO, an acronym formed from his initials. AMLO is scheduled to take office on December 1st, for a six-year term.

On our return home, our 15-year old son drove the car the entire way home.

Allan Wall, an educator, resided in Mexico for many years.