“So far this year, at least 47 people victims of snake bites have been reported in Yucatan, although fortunately no case has been fatal”, said the coordinator of the Zoonoses Program of the Ministry of Health of Yucatan (SSY), Daly Martínez Ortiz

In that sense, the official warned that during the rainy season an increase in the number of people bitten by rattlesnakes is expected. According to the statistics of two previous years, practically a person is bitten by a snake in Yucatan every week.

Of the 46 snake species that exist in the Yucatan, four are poisonous: the rattlesnake, the nauyaca or four noses, the huolpoch, and the coralillo, the first four are vipers, and the coralillo belongs to the elapidae, so the antidote used is different.

The poison acts differently. In the case of vipers, it destroys the tissue, it is necrotizing and painful, there is a lot of inflammation. But in the case of a coralillo there is not much inflammation, pain, or bleeding in the wound, the poison acts directly on the nervous system and the patient can die of a cardiorespiratory arrest within minutes.

What to do if a snake bites me?
Martinez Ortiz recommends that, in the case of a snake bite, timely notice to a relative or any person to be transferred to a doctor as soon as possible.

It is important that the victim remembers the color of the snake, most of the poisonous ones are brown.

The nauyaca (or four noses) features four orifices in its head.

The huolpoch is black and with white or yellow lines on the head and a yellow tail. 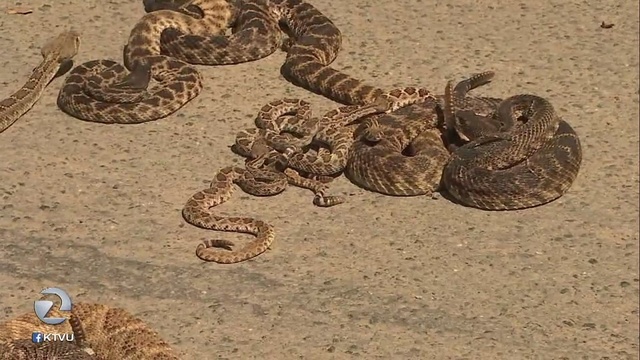 Recommendations
It is not recommended to make a cut in the wound and try to suck the poison, since the other person could swallow it and then two would be affected, especially if there are any small injures or lacerations in the mouth.

Tourniquets are not an option either, because the circulation of the blood is avoided, damaging the tissue in the part in which it was agglomerated. In addition, when you remove the tourniquet, the blood is distributed more quickly through the body.

It is best to go to the nearest medical unit within two hours.

The best recommendation is not to approach to find out if it is poisonous or not; you have to get away and ask the authorities for help to avoid killing them since they are part of a food chain, as they feed of mice, rats or frogs.

He explained that these animals commonly come out during rainy season, because their holes flood and they have to leave, in addition the grass is high, so people who work in the field cannot see them.

But the increase in the number of attacks can also be linked to the snakes’ reproductive season, while these reptiles get in heat, they are less tolerant and more agressive.