MEXICO CITY, July 31 (Reuters) – Mexico’s economy minister said on Tuesday that among the top issues to resolve in order to reach an agreement on a new NAFTA trade deal are dispute resolution, auto sector rules and the so-called “sunset clause.”

Mexican Economy Minister Ildefonso Guajardo told local radio he would head to Washington on Wednesday for another round of negotiations and said he remains optimistic that his team can reach an agreement with the United States. 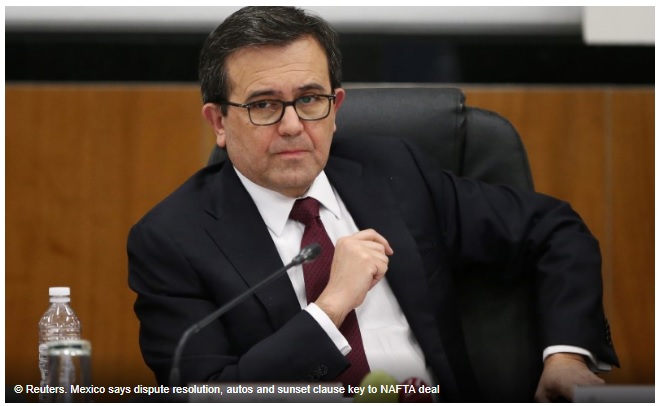