Residents of  Buctzotz, Yucatán consider that stray dogs are a problem, but some of them decided that the right way to solve the issue was to poison the animals.

Great indignation has generated in Buctzotz the massacre of dogs that took place on Wednesday August 29, as several of these canines were seen, suffering convulsing and dying in the middle of the streets of this municipality.

Anger went beyond the limits in Buctzotz, as locals started posting on social networks photos and videos of the agonyzing dogs.

Some people tried to help the poor animals, but there was nothing they could do for the dogs, since the poison had already taken effect. 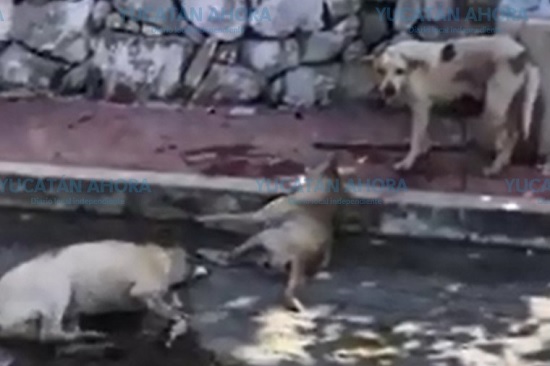 In social networks it was mentioned that unidentified people who traveled in a van, threw poisoned meat at the dogs, and obviously these hungry animals started devouring the meat at once.

Some people even said on social networks that these men could be staff from the City Council, and acknowledged that the problem of stray dogs in Buctzotz is worrisome, but pointed out that exterminating dogs in this way is not the solution.

A terrible act of animal cruelty was the slaughter of stray dogs registered in the municipality of Buctzotz, Yucatán on Wednesday August 29, where dozens of animals were poisoned by unidentified individuals.