Michael Cohen, pleading guilty Tuesday to eight criminal charges, said Donald Trump directed him to buy the silence of two women who said they had affairs with Mr. Trump, in an effort to keep their claims from swaying the 2016 presidential election.

Mr. Cohen, appearing before a federal judge in Manhattan, said he paid $130,000 to adult-film actress Stephanie Clifford, known professionally as Stormy Daniels, and coordinated a $150,000 payment by the publisher of the National Enquirer to former Playboy model Karen McDougal.

The charges against Cohen, an attorney for Trump until earlier this year and a member of his inner circle throughout his presidential campaign, bring an end to a months-long investigation by the US Attorney’s Office for the Southern District of New York.
Judge William H. Pauley set a sentencing date for Cohen for December 12.
Shortly after 4 p.m., Cohen entered court in a dark suit, white shirt and gold tie, followed moments later by his attorney, Guy Petrillo. Cohen had surrendered to the FBI earlier Tuesday.
The deal would include jail time and a substantial monetary fine. 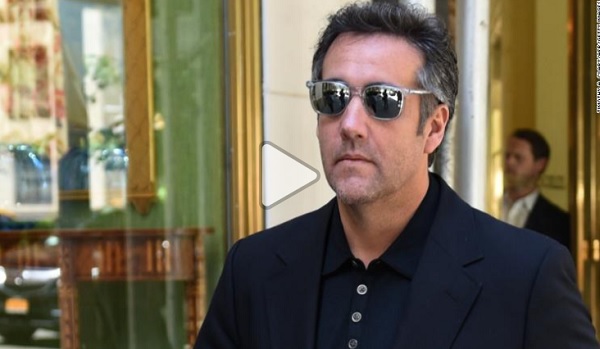 According to Michael Kang, law professor from Northwestern University Michael Cohen’s guilty plea to campaign finance violations has important implications for President Trump. Cohen reportedly admitted that the payments he arranged for Stormy Daniels and Karen McDougal on Trump’s behalf were campaign related, not personal expenditures, and were made with the coordination and at the direction of a federal candidate.