OPINION: The Best 4 “cheap” places to retire to in Mexico

What’s the best foreign retirement destination for retirees from the U.S.? The winner is Mexico. American retirees voted for Mexico as their retirement destination of choice in the only way that really counts: they actually retired there. Between one million and two million Americans have chosen to spend their golden years south of the border, and it’s easy to understand why. Yes, the cost of living is lower than in the states and the weather is warmer, but that’s just for starters.

Mexico is also close enough to home to allow easy trips back to see family or get Medicare-covered health care. On top of that, you can drive down to Mexico instead of having to take expensive flights, stay up to six months with just a passport and find many cities in Mexico that have friendly ex-pat communities. What other country can compete with that? If your thoughts are heading south of the border, consider these cities.

Merida has been called the most European-style city in Mexico and was recently named by CNN Money as Number 1 on their list of best places to retire abroad. Located near the Gulf Coast of Mexico in the state of Yucatan, Merida’s Spanish colonial architecture gives it an unexpected elegance and grace.

In fact, citing its music and cultural flamboyance, Lonely Planet named Merida the North American capital of culture. And Merida is already home to over 3,000 Americans, making up a significant expat community. What better place to spend your Social Security check?

The romance of colonial architecture, and the city’s silver-mining history gives Guanajuato immediate appeal. This university town (Universidad de Guanajuato) feels young and charms you with its brightly colored houses crammed onto steep slopes of the bowl-shaped town.

The downtown colonial buildings are opulent, the plazas are filled with shade trees, and the excellent marketplace is always lively. Guanajuato lights up during its famous annual international arts festival, the Festival Cervantino. But thanks to the 20,000 university students, Guanajuato also offers cultural activities year-round, including films, theater and music. The weather is generally warm, although nights can be cool in the winter. 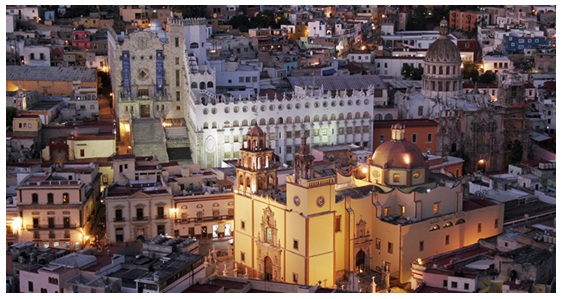 With small-town friendliness and magical outdoor beauty, San Miguel de Allende has what it takes to please U.S. retirees. Many already call it home and have since the late 1960s.

The town is located in a flat valley bordered by low hills, with lots of opportunities for outdoor activities and an impressive community of expats. It’s not the cheapest retirement place in Mexico, but the cost of living is still less than in many U.S. cities. And the slightly higher prices might be worth it if living in a beautiful, astonishingly social colonial town appeals to you.

If you like the idea of spending your retirement walking on white sand beaches with blue waves crashing, Mazatlan in the state of Sinaloa could be a good choice. Like the city of San Miguel de Allende, Mazatlan has a large, established expat community which helps retirees make friends easily.

The locals are also very friendly. This is a resort town on the Pacific Ocean that also offers an authentic, historic core – the Zona Dorada is the nightlife and hotel center. Old Mazatlan has 19th-century landmarks like the Immaculate Conception basilica, and good, inexpensive restaurants and plazas where neighbors gather in the evening. Mazatlan is also known for its big-game fishing and sporting events like triathlons, marathons and baseball games.

DISCLAIMER: Opinions expressed hereby are those of the author and not necessarily those of The Yucatan Times.