The president of Experiencias Xcaret, Miguel Quintana Pali, announced the official start of Xcaret’s Xibalbá project, a cenote circuit in Valladolid, Yucatán, as well as the construction of two boutique hotels in the same location, with a total investment of nearly 5 million euros.

He explained that the project includes a previous investment for the acquisition of properties in Valladolid, where two luxury boutique hotels with 30 rooms each will be built and which main feature will be exclusivity.

The adaptation of the lodging centers as well as the integration of the circuit of eight cenotes will take at least two years to be completed, so the expectation of the company is to inaugurate this new project in the year 2020.

The creation of new attractions aims to extend the stays of international tourism that visit the Yucatan Peninsula to increase the economic revenue and to benefit the city of Valladolid and other destinations in Yucatán and Quintana Roo. 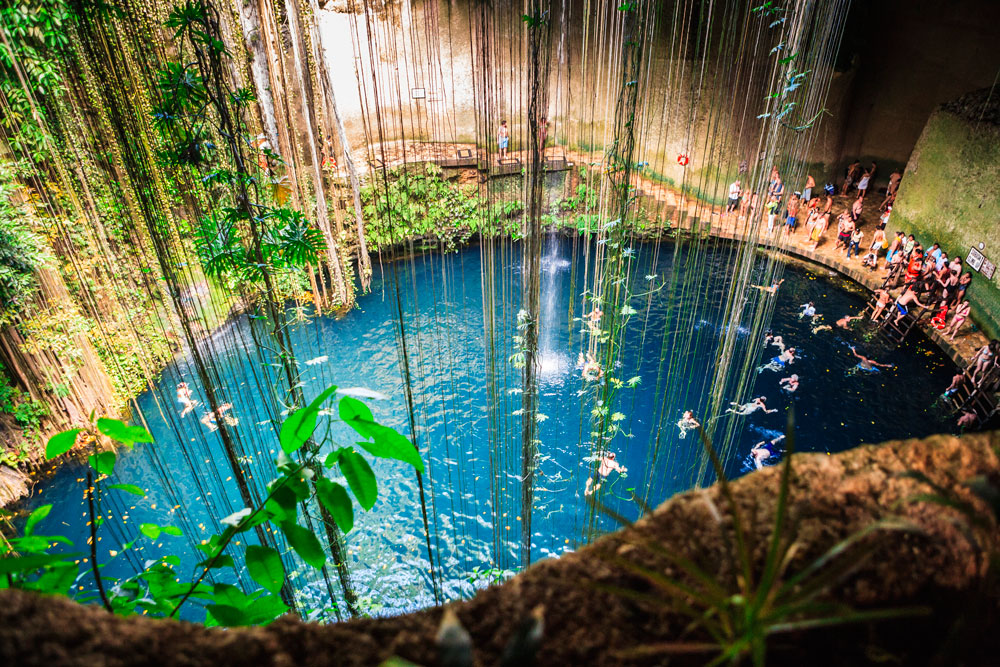 The project of cenotes in Valladolid will be focused on adventure tourism in combination with cultural tourism, as it also seeks to attract travelers interested in Maya culture.

Quintana Pali had previously exposed his project of tourist unification of the Yucatan Peninsula, by generating cultural circuits and attractive ecotourism, and with Xibalbá they would be initiating the first project of the group outside the state of Quintana Roo.

At the end of 2017, an investment of 330 million US dollars was concluded, with the opening of the 900-room Xcaret Mexico Hotel in the Riviera Maya.

It is the first of 10 hotels, which together will add 6,000 rooms in the 379-hectare territorial reserve that Grupo Experiencias Xcaret already has in the municipality of Solidaridad.

The project as a whole is called Destination Xcaret, which boasts an investment of 1.7 billion US dollars. When completed in the next 12 years, it will consist of 6,000 rooms, plus a multifunctional sports and entertainment arena for 12,000 spectators, a convention center and a commercial and gastronomic center that will be called Pueblo del Río.