Freaky Friday the 13th superstitions from around the globe

On the subject of luck, it is not Friday the 13th that is considered an unlucky day in Mexico but Tuesday the 13th (martes trece), unlike the U.S, and Canada where Friday 13th is the “bad luck” day par excellence.

That means that you can never be simultaneously unlucky in all three North American countries. Hence, on days when it is unlucky to do business in the USA and Canada, it will not be so in Mexico and vice versa.

In 1995, Finland dedicated Friday the 13th as National Accident Day. According to the Finland Times, “Accident day will be celebrated today in the country to create awareness about safety in workplaces.”

Much like many Western countries, the French regard Friday the 13th as a day of bad luck. They also dislike the number 13 in general. They dislike it so much that they believe sitting 13 to a table invites bad luck their way.

Alike Mexicans, Greeks consider Tuesday the 13th to be a day of misfortune for historical reasons. In Greek history, Tuesday, April 12, 1204 was the day Constantinople fell for the first time. It fell again on a Tuesday, May 29, but in the year 1453. If you add 1,4,5, and 3 you get…13 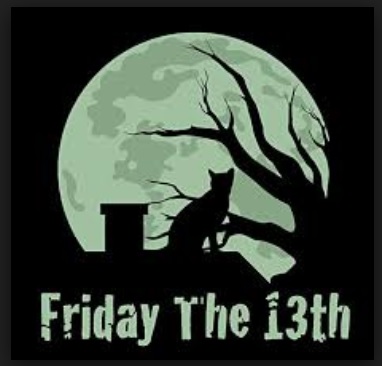