Croatia, or the Republic of Croatia (Republika Hrvatska in Croatian), is a small country at the crossroads of Central and Southeast Europe, on the coast of the Adriatic Sea. According to a 2016 census Croatia has a population of 4,1 million inhabitants.

On an afternoon when a few British citizens experienced all kinds of emotions at Hennessy’s Irish Pub, in the heart of Paseo de Montejo, the national team of this small country that was once part of the former Yugoslavia, sent the game to overtime after having tied the score that favored the English for 70 minutes.

And in overtime, striker Mario Mandzukic of the Croatian team scored the goal that has led them to the World Cup final match for the first time in its history.

The fans of England had to accept the defeat at the end, but they never stopped supporting their team, that despite not being able to win this semi-final, has played a fantastic tournament.

Gillian is a young English citizen who is on vacation in Mexico, and decided to travel through Quintana Roo, Yucatán and Campeche this summer. As he booked his trip months in advance, he didn’t really know that he was going to be in Mérida, Yucatán, by the time England national team would be playing the semi-final match of the Russia 2018 World Cup.

“It’s great to be here watching the game, I never thought I was going to end up in an Irish Pub in southeast Mexico watching this game on TV, with a bunch of compatriots and drinking a couple of pints of Guinness”, Gillian told The Yucatan Times, while his team was still ahead in the score. 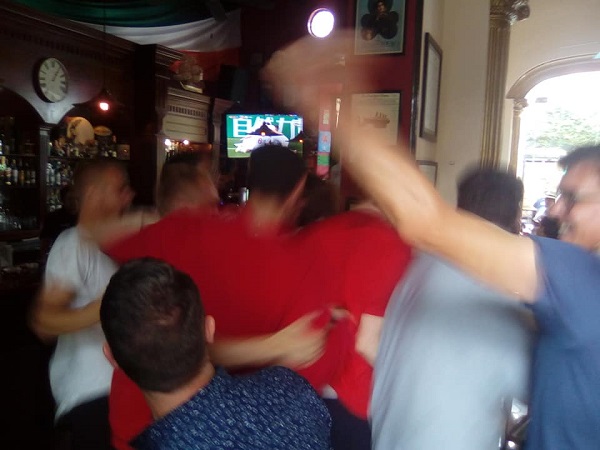 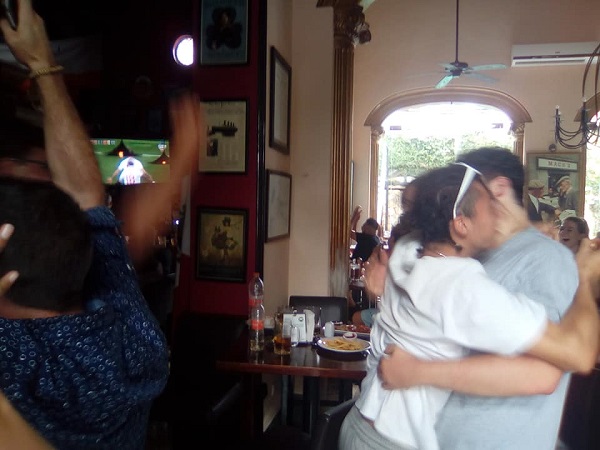 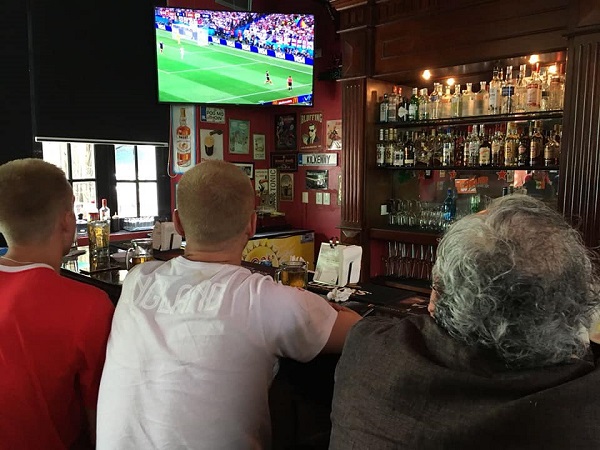 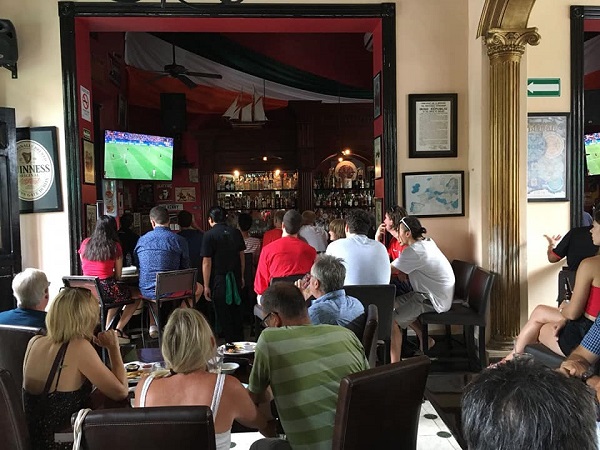 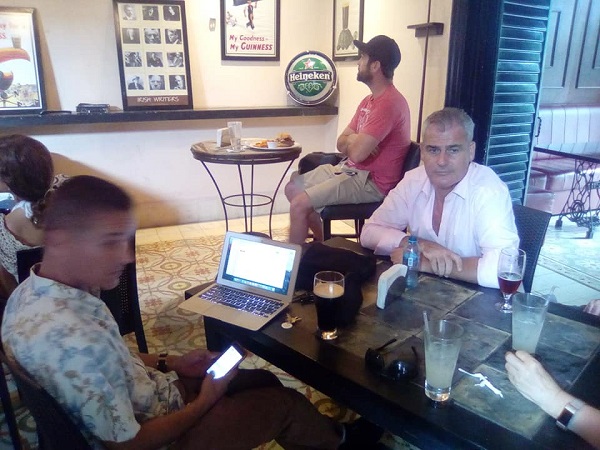 But by the time the game went to extra time, the situation turned very tense, and the English fans looked mighty worried to see how Luca Modric and the rest of the Croatian squad were attacking the British… and when Mandzukic finally scored the second goal for Croacia, most of the English at Hennessy’s looked disappointed and sad, but they never stopped cheering for their team, expecting a last minute miracle. 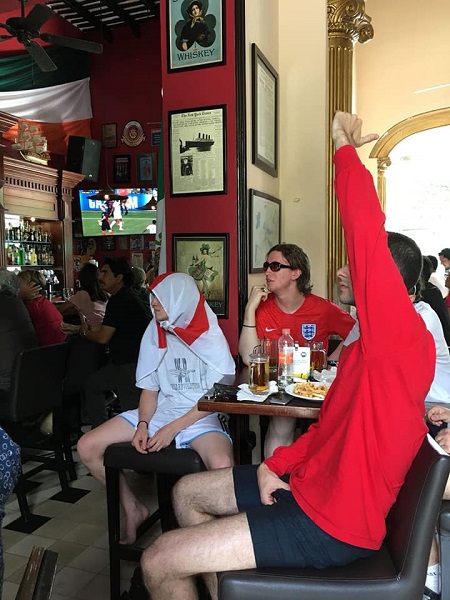 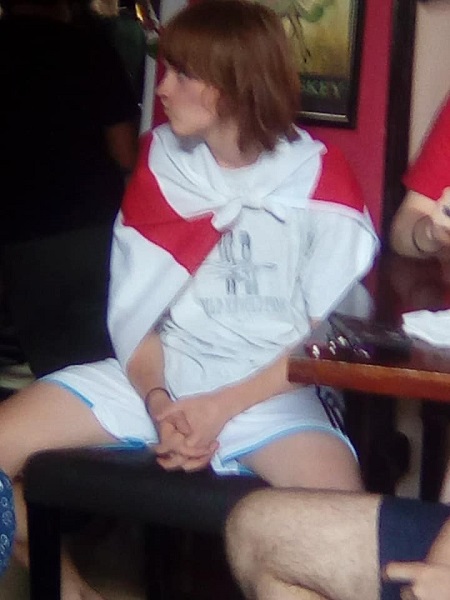 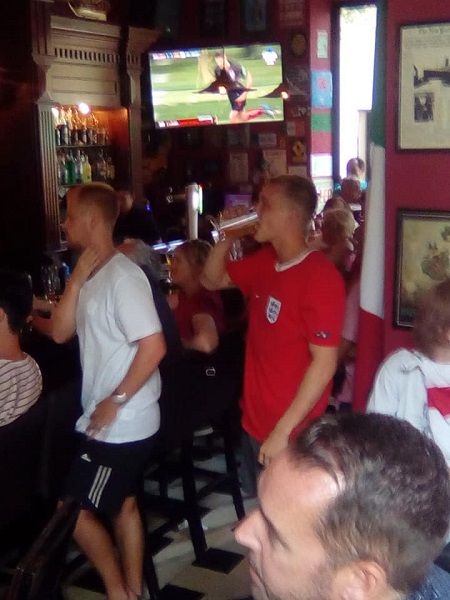 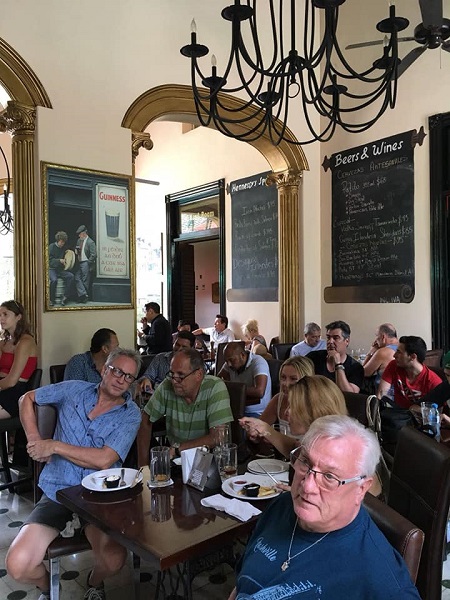 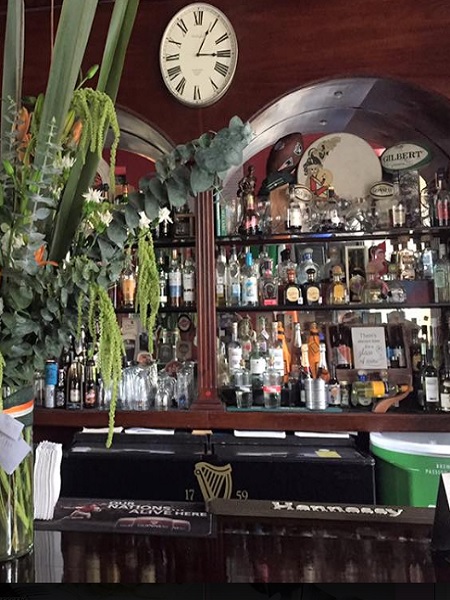 This victory is absolutely historic for Croatia, the second smallest nation to make the World Cup final after Uruguay, but it’s no coincidence, the team is filled with stars that play in the best clubs in the world such as Real Madrid, Barcelona, Liverpool, Fiorentina, you name it… and the teamwork and determination has set this team apart from the rest, they defeated the powerful Argentina 3-0 in phase one of the World Cup for Christ sake.

England will face Belgium on Saturday July 14, in the third-place match.