Carey seaturtle nested in the “Malecón” of Progreso

The appearance of a turtle that nested in the area of the main Malecon of Progreso surprised residents and visitors of this city on Thursday July 5. It is a specimen of the Carey species that arrived at the beach of this coastal municipality to spawn.

Upon noticing the presence of the reptile, residents reported it to the authorities, and agents of the Municipal Police arrived at the site to protect the area. 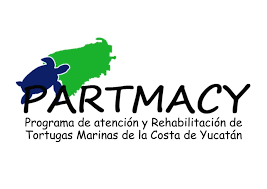 Partmacy is a turtle camp that belongs to the Center for Technological Studies of the Sea (Cetmar) and the Ecology Department of the Progreso municipality.

The eggs were transferred by Parmacy experts to the Cetmar facilities for their protection and eventual release of the offspring.

According to data collected, the turtle deposited approximately 117 eggs.

The sea turtle nesting season in Yucatán is currently in force, it begins in April and ends up in October, but this event is totally unusual, since sea turtles have been avoiding the beaches of Progreso for many years now, due to the intense human activity in the area.

TYT Newsroom with information from eluniversal.com.mx