When Elvira Fernandez decided to turn her Mexico City apartment into a temporary rental space through Airbnb Inc., she never imagined she’d be cashing in as much as 50 percent more than a long-term lease would’ve yielded.

Fernandez has a lengthy list of reasons why Airbnb is her best bet: She doesn’t have to deal with lawyers, guarantors, unpaid rents or bad tenants. She receives the money on time, directly from Airbnb, and can immediately cancel a reservation if a visitor misbehaves. Not that she’s had to resort to that; her experience so far has been nearly perfect.

“My first rental was a couple that stayed for a month and a half, so I’ve been really lucky,” the 39-year-old historian said by telephone from Mexico City. At first, she thought it’d be a tough sell because her apartment is in a residential suburb, not exactly a tourist magnet. But that hasn’t been the case. “I already have my apartment booked from January to May of next year. Imagine that! It’s guaranteed money.”

Airbnb has noticed the success of property owners like Fernandez. The home-sharing platform has set its eyes on the Mexican capital as its next big market after its business there almost tripled in 2016, making it the one of the company’s fastest-growing cities. 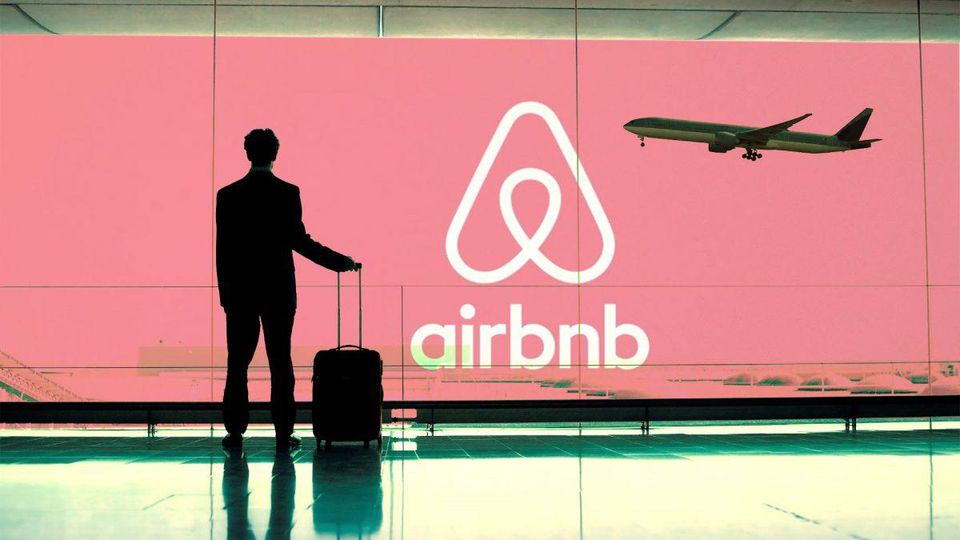 Airbnb opened its first offices in Mexico City earlier this year and, in a move that surprised many, sought to ward off the criticism that has plagued it in other parts of the world by agreeing with the local government to collect and remit a 3 percent occupancy tax. Announced last month, the new levy equals what hotels pay in the city. In a sort of test case, the company tried to ward off the multiple legal problems it has faced in cities such as New York and Barcelona by giving the authorities, and hotel associations, more of what they crave: regulation.

“We have some pretty big numbers in Mexico,” said Nathan Blecharczyk, Airbnb’s co-founder and chief strategy officer, in an interview in San Francisco. “Home-sharing is very popular there, and the local government is excited about the benefits we can bring.”

The company recorded more than 1.5 million visits to the country via its platform from June 2016 through May 2017, he said. Travel within Mexico rose in the first couple of months this year as a weaker peso made it more affordable for foreigners to come enjoy the famous beaches, while discouraging locals from traveling abroad.

Airbnb is valued at $31 billion, surpassing the market caps of Hilton Worldwide Holdings Inc. and Accor Hotels in Europe. The home-sharing website takes a commission of 6 percent to 12 percent from guest fees, in addition to a small fee it charges hosts. The company has no expenses related to maintaining and cleaning properties.

The 3 percent tax in Mexico is the first of its kind in Latin America, and the company is studying whether it can replicate it in other cities. “We want to strike the right balance between the governments and our users,” Blecharczyk said. “If there are concerns, we can work together.”

Mexico could use the extra revenue. In 2015, the country ranked last out of all OECD members in its tax-to-GDP ratio, which at 17.4 percent is half of the organization’s average, according to the latest data available. Whether the Airbnb deal will be enough to assuage the concerns of hotel groups is another question.

While Alberto Albarran, the Mexico City Hotel Association’s director, agreed that the measure is “positive,” he said it doesn’t go far enough. “We still have to pay licenses, permits, social security, income taxes, have fire alarms, seismic alarms and payroll, just to name a few,” he said in an interview at his office. “There are still many challenges.”

Blecharczyk’s response? “There will always be a powerful lobbying group wanting more.”

Already, Airbnb has become a cottage industry in Mexico, spawning more entrepreneurs. Fernandez offers advice and sets up profiles for would-be Airbnb landlords for 2,000 pesos (about $110).

Agustin Samano, a 34-year-old mechanical engineer who has hosted Airbnb guests, came up with AlohaBNB, a platform to help hosts manage their rentals.

“Changing sheets, welcoming guests, and cleaning everything takes quite some time,” he said in a phone interview from Zapopan, Jalisco, where the company is based. AlohaBNB takes a 10 percent or 15 percent cut of the rent, depending on which package the host chooses.

In Mexico, where the murder rate is at the highest since at least 2001, Airbnb hasn’t yet faced any additional challenges because of the surge in violence and is relying on the safety checks put in place throughout the world to alert travelers of bad neighborhoods and shady listings, said Blecharczyk. “It has served us well in Mexico,” he said.

For years, the company has faced pressure from governments saying its home-sharing platform squelches the housing supply — which is already tight in many popular cities — by providing landlords with incentives to turn apartments into illegal hotels. Until recently, the startup had taken a combative approach to some city regulators, pushing back on the idea that hosts should have to register their apartments with city officials.

That’s what makes the 3 percent Mexico City tax stand out. The company sidestepped an issue it likely knew it was going to face and set off on the right foot.

“At least there’s now the perception that those involved in renting out their properties through Airbnb are paying the same as hotels,” said Alberto Miranda, a partner at Deloitte Mexico who specializes in tax and legal services. The government is now tapping into a new source of income, so it’s a win-win situation, he said.