Yucatán and its fight against transgenics (Part 1)

Corn and honey production in the Yucatan peninsula has a historical importance for the local communities, especially in the south of the state.

This area is characterized by the Nal Tel corn, originally from Yucatan, and that is used in the preparation of snacks, tortillas and atole.

However, these activities have been threatened by the arrival of multinational companies (such as Monsanto), which are dedicated to the production of genetically modified food. These firms have met with strong opposition from the Yucatecan population.

The great importance of corn for the Maya

“While spending time in the milpa (corn field), I was able to understand for the first time how the cycle of growth of corn and the cycle of traditional Maya ceremonies fit perfectly into a solar one-year period. The earth has a lot to teach us “, said Alonso Méndez, Maya Tzeltal cultural expert and astronomer.

Corn has always been deeply linked to the Maya culture. Not only as the basis of their diet (they were farmers and they depended on this crop for subsistence), but also in the way their calendar rotates around the cycle of corn, and their advanced astronomical knowledge. They measured the time based on the periods of planting and harvesting the corn.

The plant of maiz was also employed in medicine and it had a permanent presence in their architecture and religion.

According to the Popol Vuh, the sacred book of the Maya, they considered that corn was the material with which the gods formed the muscles and bones of men. 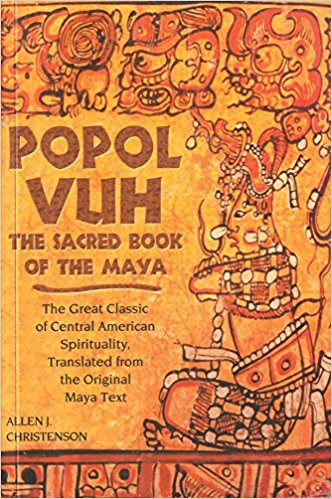 Over the centuries, corn continues to occupy a preponderant place in different areas of the Maya culture.

In 2011, Yucatan farmers from communities such as Chacsinkin, Tekax and Peto, saw their traditions and economy threatened when the National Service of Health, Safety and Agri-food Quality (Servicio Nacional de Sanidad, Inocuidad y Calidad Agroalimentaria: Senasica) authorized the multinational company Monsanto to plant transgenic soy in the states of Yucatán, Campeche and Quintana Roo.

This was immediately seen as a major environmental and social danger, due to the great risk of contamination that transgenic production would bring to these lands.

One of the main concerns was that the production of honeybee would be contaminated by transgenic components in soy and that the European market (its main consumer) would stop buying honey from Yucatecan producers.