OPINION: The Washington Post and The Economist warn Mexico about AMLO

When two of the most important newspapers in the world, The Washington Post and The Economist, out of any suspicion of being influenced by the Mexican government, warn us in their institutional editorial that choosing AMLO is equivalent to choosing Trump for his populism and ignorance, things change radically.

It is true that the American newspaper and the British magazine do not reach rural Mexico at all, but they are sending a very big warning that can’t go unnoticed in the national mood.

What they tell us is basically: be careful, Mexicans, and get serious because what you are going to decide is no joke, and ghey both compare López Obrador with Hugo Chávez and the Venezuelan catastrophe.

They do not say what is the alternative to the madness of voting for López Obrador, but it is either Anaya or Meade, and any of them have a more solid preparation to lead the country in the extremely complex times that already they started.

Let everyone respond with one hand in the heart and vote accordingly.

The Economist notes: “What is about to happen in Mexico is similar to the election of Donald Trump in the United States, the vote of Great Britain to leave the European Union and the turn of Italy towards populism.”

The magazine returns to the comparisons made between Chávez and López Obrador, “whose Bolivarian revolution has brought ruin to Venezuela,” and underscores dangerous features in AMLO’s biography, such as his call to not pay electricity bills in Tabasco (today the debt amounts to eleven billion pesos to CFE).

According to The Economist, AMLO “has little idea of ​​how an economy or modern democracy works.” 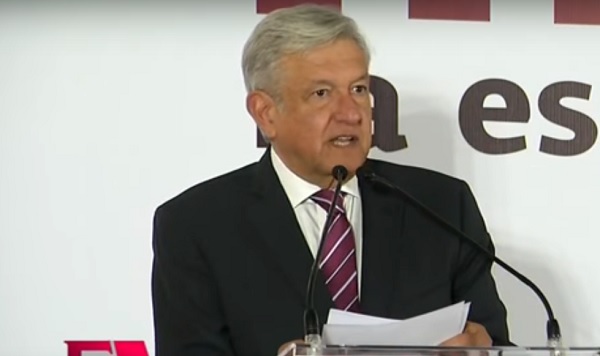 It says verbatim, in reference to AMLO:

“Charismatic leaders who mount against resentments against power are almost always false prophets, who promise security and prosperity … The danger they represent in the new democracies is greater than what they represent in countries where democracy is more deeply rooted.”

The institutional editorial of The Washington Post on Monday states that “for now many Mexicans are less concerned about the bad relations with the United States than the possibility that López Obrador could lead the country back to the failed statist policies of the 1970s. , or worse, to the catastrophic socialism of the 21st century in Venezuela. ”

The Washington Post posted: “If Mexicans elect López Obrador, they will be, like the voters who supported Trump, exploiting the status quo without a reliable sense of what will replace it. The result is likely to be a bigger problem on both sides of the border. ”

The title of the editorial of the Post has a hit and a mistake: “The future president of Mexico is very similar to Trump. That does not mean they will get along. ”

Given the overwhelming argumentative burden of these two publications of global influence and foreign to our internal quarrels, are we really going to commit the madness of choosing a Trump in Mexico?

I have the impression that the answer is no.

There are signs too big to ignore, and not to understand that we can get into an economic, political and social hole, which will not come in decades.

Surveys are important and reflect a state of mind when answering the questions of the interviewer.

But another thing is to be in front of the ballot, in the solitude of the square, and cross the nation’s conscience.

Mexico is a country too big in every way. It has more history and culture than the United States. He will not drink the hemlock.

And if to avoid it you must lose the leading candidate in the polls, you will lose. The choice can be a spectacular and pleasant surprise.