“All eyes on me”… Mérida under the spotlight during presidential debate

The eyes of a nation are set in the city of Mérida, Yucatán today, Tuesday June 12, 2018, for the third and last presidential debate that will begin at 9:00 PM local time.

The perimeter of the Siglo XXI Convention Center and the Great Museum of the Mayan World in the Cordemex neighborhood, is transformed into a real bunker, and the capital of Yucatan patiently awaits the beginning of this debate, which will be the last opportunity for each of the candidates to influence in the decision to vote of millions of Mexican citizens throughout the country.

The three topics for this debate are:

The four presidential candidates are in Mérida ready for the debate.

Upon his arrival at the Mérida airport on June 11, the independent candidate for the Presidency of the Republic, Jaime Rodríguez Calderón, “El Bronco”, rejected the idea that “there is one rival to beat”.

The candidate arrived at the city at one o’clock in the afternoon accompanied by his wife, Adelina Dávalos, and his children Valentina, Victoria and Alex, and was expected by dozens of supporters, mostly from rural communities of the state. 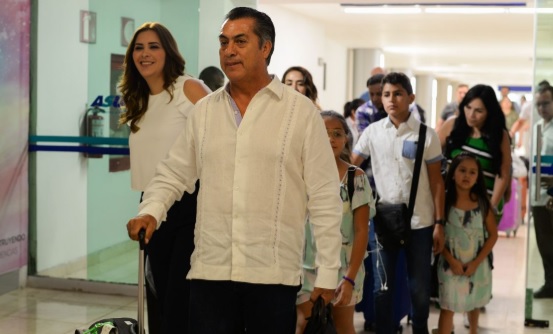 The candidate of the Juntos Haremos Historia coalition, Andrés Manuel López Obrador, arrived to this city on June 10, to participate in the third and last presidential debate that will take place tonight in the Great Museum of the Mayan World.

“This rice is cooked …”, was one of the few comments he made on his arrival at the air terminal; which is a Mexican saying that means that “This is a done deal”.

Unlike other candidates, there were no sympathizers to receive AMLO at the airport , except for some close collaborators (the man is not very popular in Yucatán). Although, the representatives of the press were numerous. 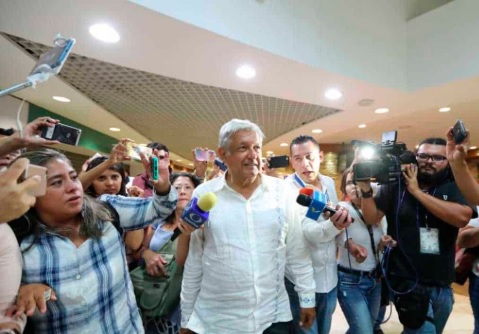 Accompanied by his wife Juana Cuevas, as well as the publicist Carlos Alazraki, his head of office, Vanessa Rubio and his coordinator of advisors, Aurelio Nuño, among others, Meade Kuribreña arrived in Mérida on June 11.

Later on Monday, José Antonio Meade went to the Museo del Mundo Maya to tour the facility where the presidential debate will take place tonight.

Ricardo Anaya Cortés, candidate of the Por México al Frente coalition, arrived in Mérida on Saturday, June 9, and was received by the media, sympathizers, and members of his party, with whom he exchanged greetings and he was greeted with batons and support banners, hundreds of people were expecting the candidate at the air terminal. 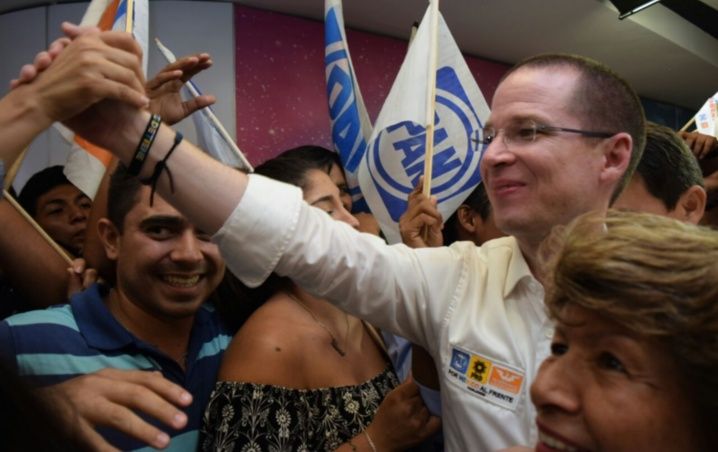