Within the framework of the activities of the International Image Festival (FINI), the photographer and editor Alberto Tovalín presented the book Fotografía artística Guerra. Yucatán-México, in coordinated work with the researcher José Antonio Rodríguez. A work that rescues the history of the Mexican southeast of the 19th and early 20th centuries.

The event was held in the J Pilar Licona room of the cultural center of the Autonomous University of the State of Hidalgo (UAEH), where students and teachers could appreciate the publication, which was presented for the first time in that state.

“We are very happy to present the book at this important festival.” said Alberto Tovalín.

The International Image Festival (FINI) is a multidisciplinary encounter to promote, spread and appreciate artistic creation and visual communication in a space of reflection and debate about esthetic, the meaning and value of image in its different genres, expressions and applications.

The Universidad Autónoma del Estado de Hidalgo (UAEH) and its Board of Trustees make a firm commitment to promote culture and arts. 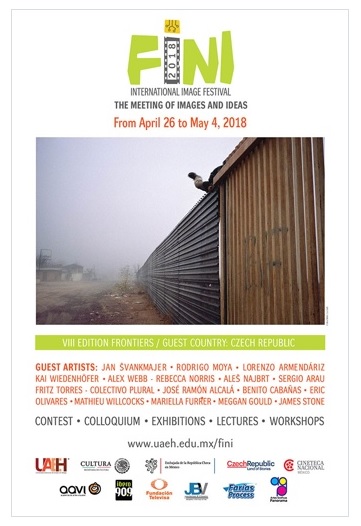 Together with Mayra Mendoza, director of the National Photo Library of the National Institute of Anthropology and History (INAH) and responsible for the Photography Museum, Tovalín exhibited most of the images that can be found in the print edition issued in coordination with the Pedro Guerra Photo Library, located at the Autonomous University of Yucatán (UADY).

“For the Yucatecans this book is very important, because it portraits more than one thousand historic images, which highlight the interest of the people in knowing their past through photography”, he assured.

The book contemplates diverse topics such as academia, everyday stuff, henequen, Maya vestiges, rituals and politics. In addition, 10 texts are included. It is a compilation of the work of Pedro Guerra Jordán and his son Pedro Guerra Aguilar, who dedicated their lives to capturing and documenting the Yucatan during those years.

“Never hesitate to get out of the orthodox and dare to do other things” Alberto Tovalín told university students, mostly from graphic design.

“Read as many books as you can and then tell your own story,” he continued.

Alberto Tovalín said that the cover was chosen as an iconographic element that symbolizes the pride of the Mexican past, and added that the importance of this work is the preservation of the historic archives, the rescue of a Yucatan that we cannot longer see.