Hip Hop and the Graffiti Art Scene Merida: Homage to the Yucatecan Mestizo

A few weeks ago, I reached out to a friend of mine Manuel Abinadi Ceballos, better known as el venado meaning deer in Spanish. He is an up and coming Yucatecan boxer out of A&T Boxing Gym, a barber and a member of the GS Crew street art group out of Vergel II, a lower middle class area in el oriente, the eastern part of the city. I called him up and he invited me to his barber shop on Avenida Universidad Pedagogica to talk about the hip hop graffiti art scene in Merida. I headed over there on my bike with the camera my friend loaned me, assuming my alter ego of investigator of all deemed cool–by me–in this white city I am fortunate to call home.

Painted on the facade of the building is a mural by graffiti artist Datoer of an astronaut sitting in a barber’s chair and the words “Studio, Barber, Tatto” {sic} above the door. While shaving lightning bolt designs on the side of his customer’s head he gave me a Hip Hop culture 101 lesson about what’s going on in the hip hop and graffiti art scene in Merida. 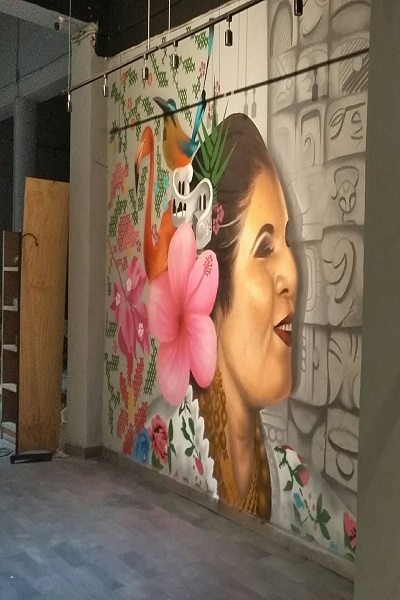 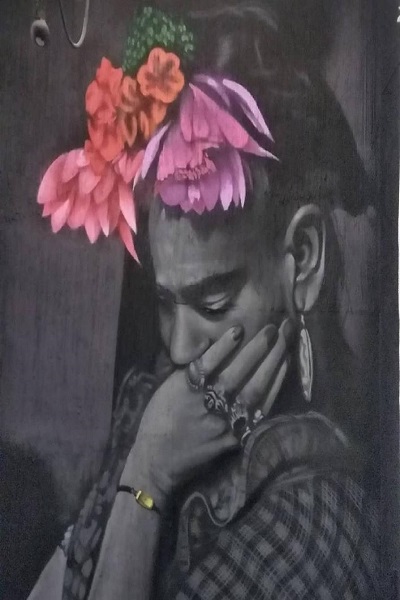 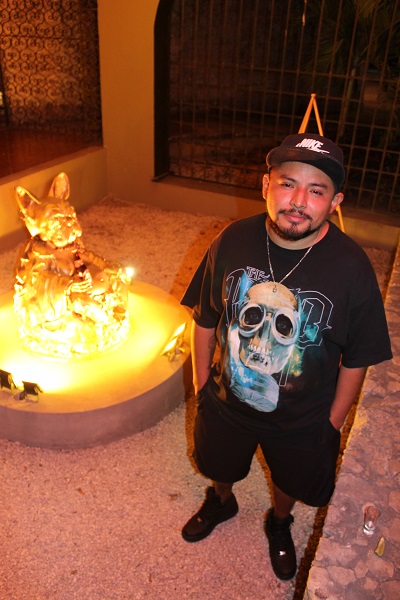 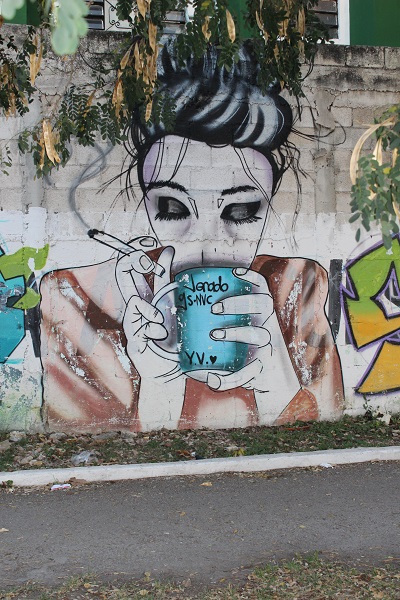 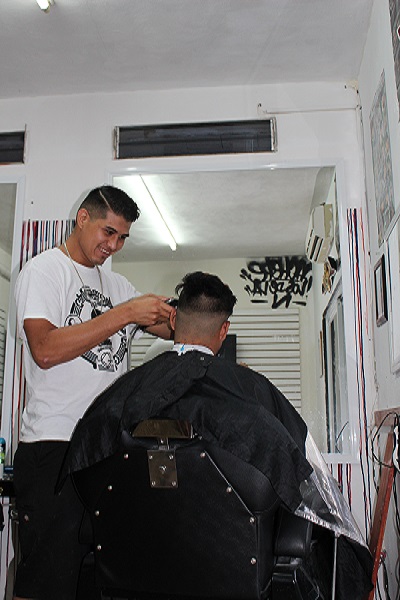 The hip hop culture consists of four elements: rap, street dancing, DJ and graffiti art. He explains that most of those in hip hop culture are very dedicated to their art. There are rap battles and break dancing competitions in different parks around the city throughout the week. If you happen to pass by Parque de la Madre on a Wednesday evening or Santa Lucia on Friday evening, you can see rap battles usually with a crowd of young people surrounding them cheering them on. Most of the time they are doing it for the pure joy of expressing themselves, but sometimes there are competitions and they even bet and win money. It’s a very raw art form of pure self-revelation. There is a considerable amount of rappers in town and many of them rap in Maya mixed with Spanish. He explains that the DJ’s are more commercial and have an easier time making a living from their craft due to a booming wedding industry and the popular luz y sonido (light and sound) parties for teenagers. The graffiti artist groups are from various parts of the city; however, one of the most well-known and respected is headed by veteran artist Datoer out of Vergel II.

While chatting with Venado, Dateor happened to stop by the barbershop with his wife, Sanah. I took the opportunity to interview him and he shared with me his experiences as a street artist on the calles of Merida. Datoer has been in the graffiti art scene for over 16 years. He is a self-taught artist. He recalls that at the very beginning it was hard for people to understand what he was doing. Even though he would get permission to paint from the owners of the buildings, people generally had the idea that graffiti art was a form of vandalism and represented gang activity. However, in Vergel ll, as he would work on a piece, the neighbors slowly started to appreciate it. Their curious minds could not help but smile as they strolled down their familiar streets and saw reflections of their society represented in large-scale spray painted murals. Datoer also recalls having some problems with the police. They would hassle him and his group quite a bit. Yet, after a few years, the policemen came to know most of the graffiti artists and understood that they weren’t involved in gang activity and therefore let them paint in peace. Datoer explains that this is the reason there is so much street art in Vergel II and not as much in other parts of the city. In other neighborhoods, graffiti artists get hassled by the police and the neighbors aren’t as keen. 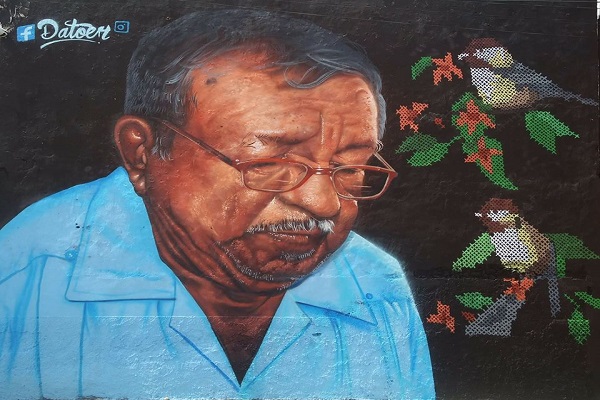 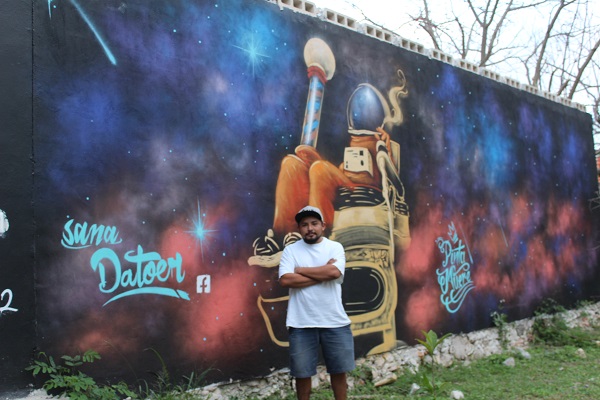 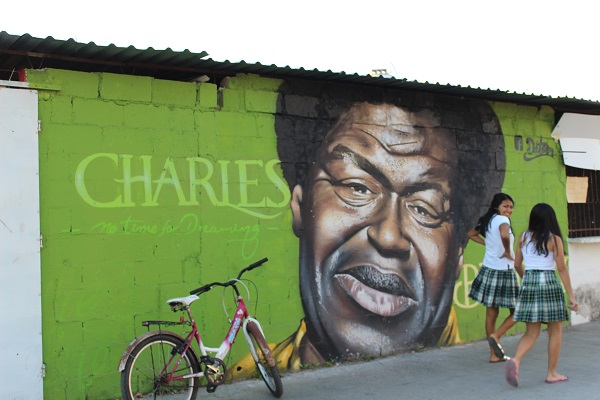 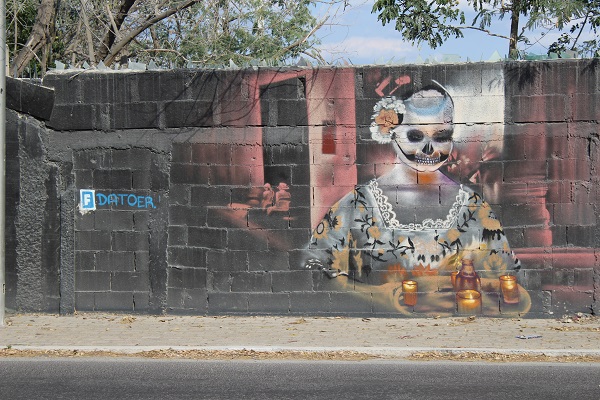 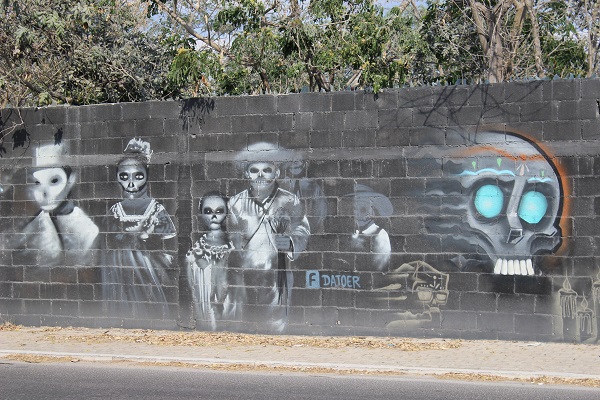 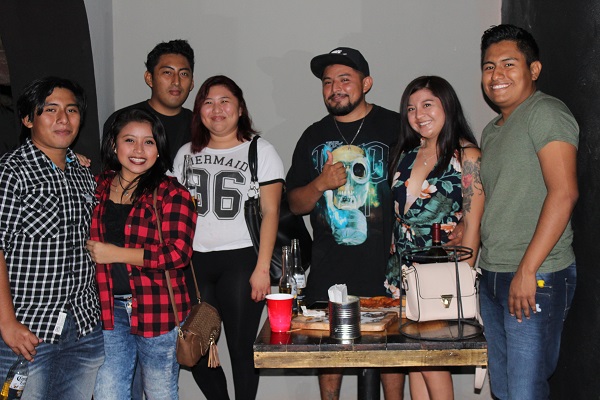 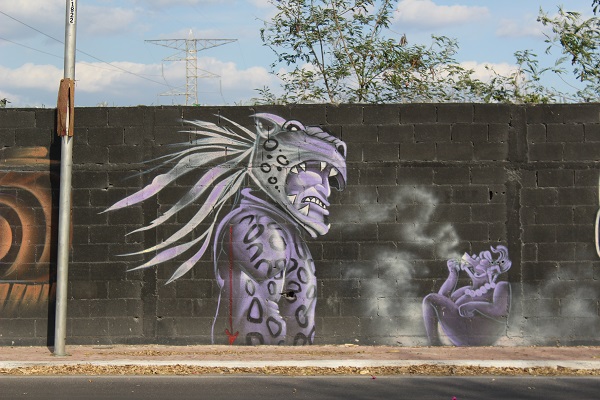 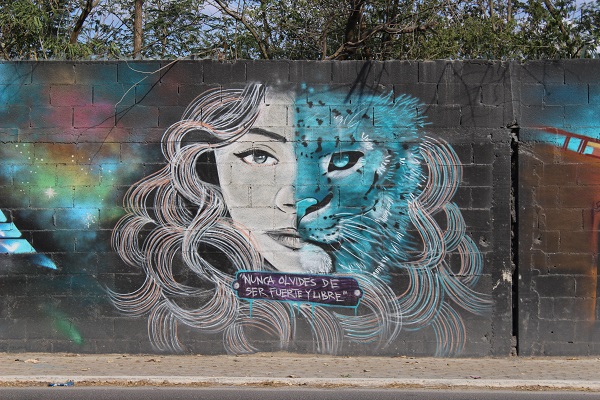 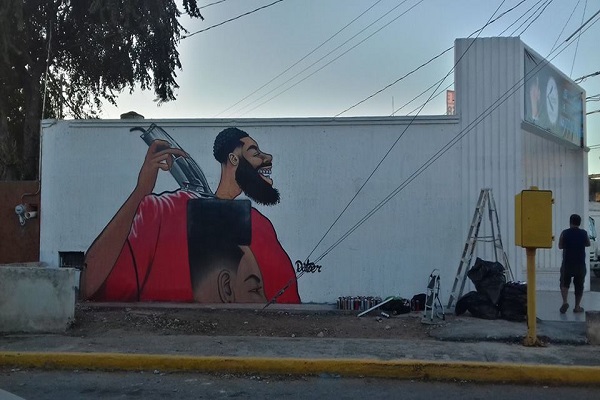 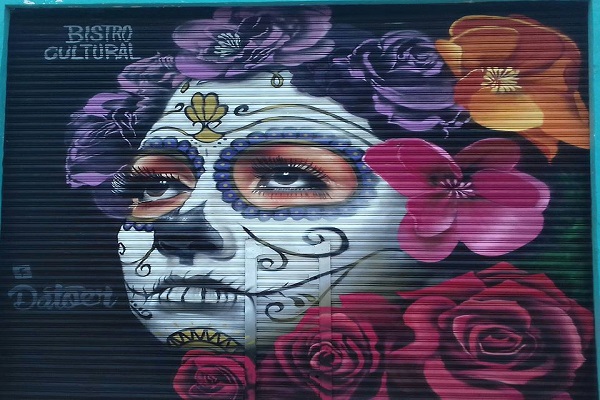 As Datoer perfected his craft, he was approached by other artists who wanted to paint with him, both young men and women, and in 2003 he formed the GS Crew. Sanah often times goes out to paint with her husband. She is inspired by his talent as she creates her own style. She learns a lot from her Datoer’s technique, especially his detail in the faces and bodies of the traditional Yucatecan mestizo. Each artist that joins the GS Crew develops his/her own technique, they find their own artistic voice, but there is one underlying theme in most of the work: a true representation of all things Yucatan. Dateor in particular prides himself on painting elderly Yucatecan men and women; the subject of many of his murals are the residents who live across the street and have had the same shop in the same neighborhood for generations. He believes that his murals pay homage to the hard work of the working class Yucatecan mestizo. They have knowledge and wisdom to pass down and he wants to show them that their life is valued by the youth. They are an important and cherished part of the culture.

I was humbled by the unassuming nature of Datoer and his crew. He is just a guy, with an incredible talent and drive to create magic with spray paint. He is very open to sharing his art and culture with all who are interested in asking. One of his dreams is to do a macro mural in Merida. He envisions using a crane and painting the side of the Hyatt. However, he is not sure if Merida is ready yet for that kind of statement. Merida is growing before our eyes, although it still holds on to a traditional view, and resists change. When asked why he was drawn to this art he pensively smiles and says, “Graffiti is a means of communication and a way to take away stress and anxiety by using colors. It is a way to discover who I am and show people who I am. De cajon, I want to change the landscape. Merida is the white city. But a white wall doesn’t say anything. There is freedom is graffiti art, I want to show people another perspective. I want to show that Yucatan is very rich in culture. It’s more than just painting, it’s my passion.”

To see his work and that of the GS Crew you can go to:

His crew has work in almost 30 colonias of Merida, including Altabrisa, Chuburna, Colonia Mexico and even the Yucatan Country Club.