Hermana República is the Yucatecan artisan beer “Patito” brewery gastronomic project, a restaurant that perfectly combines Yucatecan food with different types of craft brews. If you go to Mérida (or live there) it is a must visit.

With a flag that in the mid 19th Century represented the ephemeral Republic of Yucatán, Hermana República welcomes the visitor. This flag of the República de Yucatán (that boasts stars and stripes, just like the American flag), represents the free and independent spirit of Cervecería Patito, the Yucatecan brand that started in 2014.

The brewery is located in the north of Merida, but in a restored mansion in the downtown area it is possible to taste the eight varieties of beers they produce.

Made only with water, hops, malt and yeast, in addition to other natural ingredients such as chocolate or vanilla (depending on the type of brew), Patito beers are not pasteurized, so they do not lose their organoleptic properties; no preservatives are added, nor are they packed in glass. The only way to enjoy them is in a can or a stainless steel barrel (so the liquid is protected from light at all times).

And if the citrus and fruit aromas of the ipa, or the caramel notes of the Porter, accumulate in the barrels, other flavors revolve around the restaurant’s kitchen. The menu, designed to add subtleties to the taste that beers leave on the palate, is in charge of chef Alex Méndez.

The roofs of the house are high and years of history are reflected on its walls, making it the perfect venue to taste this new concept of Yucatecan cuisine. Dishes such as Cochinita croquettes; Octopus tostadas with longaniza from Valladolid; Braised pig in Porter beer with mushrooms and bacon; Queso de Bola ravioli with mashed pumpkin; Fried octopus with xnipec and guacamole or the Xcatic chile filled with veal, await you at Hermana República. 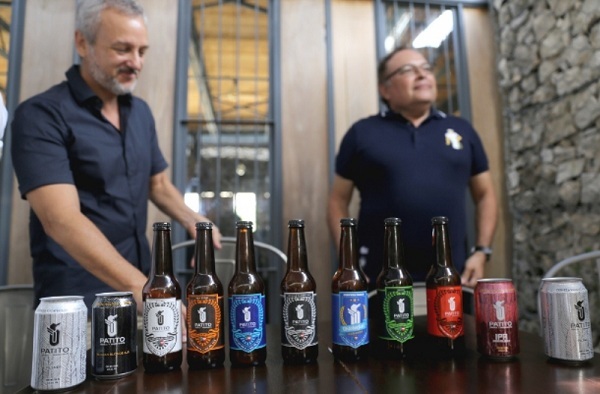