The newest addition to the growing culinary boom happening on Calle 47 between 56 and 52 in the Centro is a hip new restaurant called Catrin. As you walk in, you are embraced by the true spirit of Mexico.  In the inside dining area, artist Jacobo Roa’s vibrantly colored paintings that depict Mexican popular culture are hung throughout the restaurant. Hanging from the ceiling is multi-colored papel picado and, characteristic of Yucatecan colonial houses, patches of exposed limestone rocks embellish the walls. Continue out to the garden and you are greeted by Roa’s huge mural in the center of which is the Catrin himself looking at you with his cane in hand, a sheepish grin and leaning up against a bar.

Catrin was a term used to describe a dandy of the high society elite and then in the Porfirian era (1876-1911) the term became popular when catrines were seen walking in the streets with striped pants, a cane and a bowler hat. They became such a part of the popular culture in their time that their image became a symbol for the Mexican lottery. Dining at Catrin restaurant is as if you are walking through Mexican society’s popular  past and present.

This is an especially fun place for me to see come to fruition. I met Adrian Marcos, owner of Catrin, two years ago as we sat with friends talking over a shot of Don Julio tequila.  He was telling me about his aspirations to run a restaurant. Now two years later, after having attended culinary school and apprenticing in Monterrey under decorated chef Alfredo Villanueva, Marcos collaborated with investors in opening a restaurant in the heart of Yucatan’s culinary capital. He has done it. 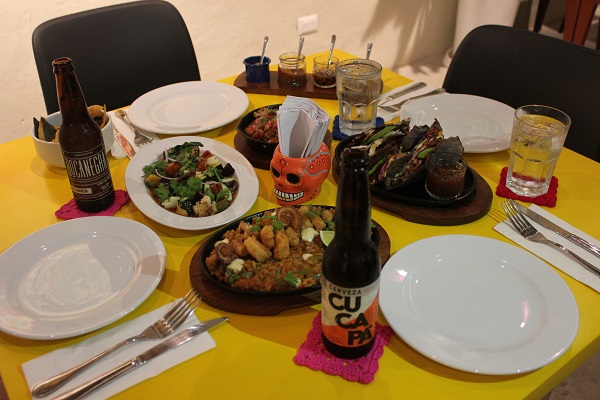 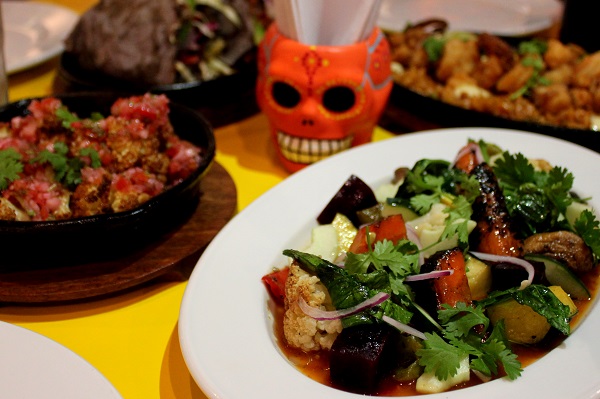 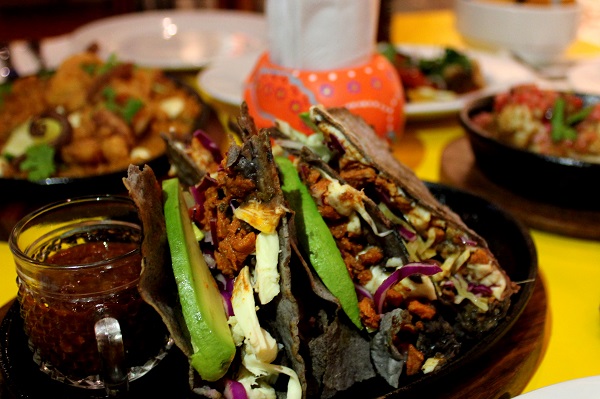 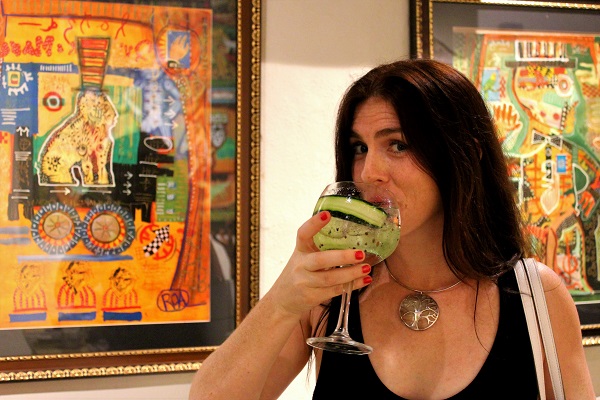 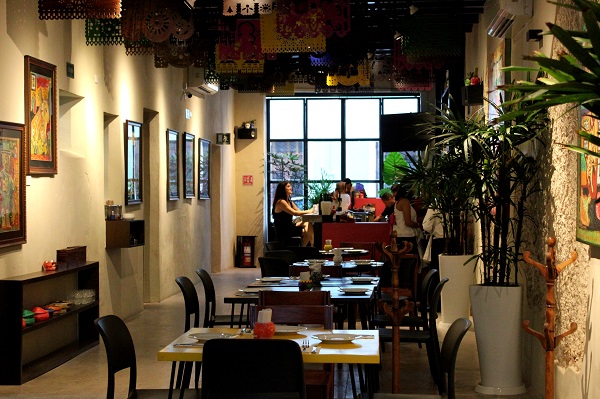 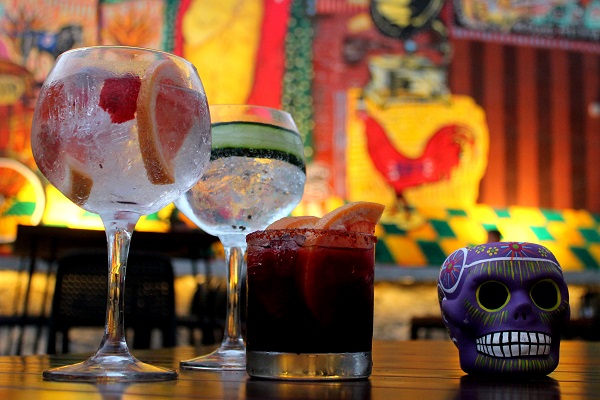 During his apprenticeship in Monterrey, Marcos worked in two of Villanueva’s restaurants. First he assisted the chef in Romero y Azahar and then he formed part of the staff that opened a traditional Mexican cantina called El Botanero de Monterrey. There he became familiar with this style of restaurant and decided to bring it to Merida. The botanero is a popular style of dining in Monterrey which is similar to the cantina of Yucatan where the diner goes to have a drink and then is served many small dishes to accompany the alcohol. The difference is at a botanero the client orders and pays for the dishes and the botanas are heartier. They consist of meats, soups, elaborated vegetables and all hot dishes are served on a cast iron plate. They are smaller portions and the best is to order many plates to be shared among friends and family. Chef Villanueva flew in especially to design the menu and has elaborated a gastronomic tour of several dishes from all over Mexico. His kitchen focuses more on the flavor than on a gourmet presentation and his motto is “fresh ingredients, extraordinary flavors and well-prepared food”. There are nine cold appetizers and fourteen hot appetizers to choose from as well as a selection of main dishes, soups and desserts. The variety is impressive and the dining experience in Catrin exposes the patron to a world of Mexican savor.

Catrin also serves as a trendy place to hang out and have some drinks with friends in the patio area. The bar specializes in cocktails and has a variety of spirits and beers to choose from. As mentioned before, there is a stunning mural outside and Marcos has attractive events planned for the outside patio. It’s a festive ambiance and as a group of friends and I discovered the other night, it invites the diner to stay not for just a meal, but for a long evening of great food, cocktails and laughs with friends. 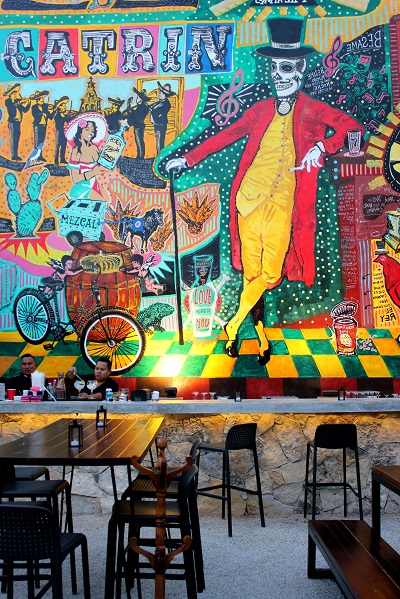 Jacobo Roa Gallery at Catrin: all Roa’s paintings on display are for sale.