On May 20, an earthquake of magnitude 5.1 was recorded at 9:15 with epicenter in Ometepec, Guerrero.

Meanwhile, in Mexico City the seismic alert and the emergency protocols were activated, causing people to leave their homes, businesses, hotels and shopping centers.

After the emergency, people gradually returned to their homes and continued with their activities.

As part of the security protocol, helicopters from the “Cóndor” group of the Secretariat of Public Security of Mexico City (SSP CDMX) overflew the nation’s capital.

The head of the Government of Mexico City, José Ramón Amieva, reported on his Twitter account that he concluded the protocol for an earthquake review and added that absolutely no damage was reported.

The governments of Mexico City and the State of Mexico, where seismic and review protocols were also activated, reported no damages.

The National Seismological Service (SSN) registered a replica of 4.5 magnitude at 21:33 hours. 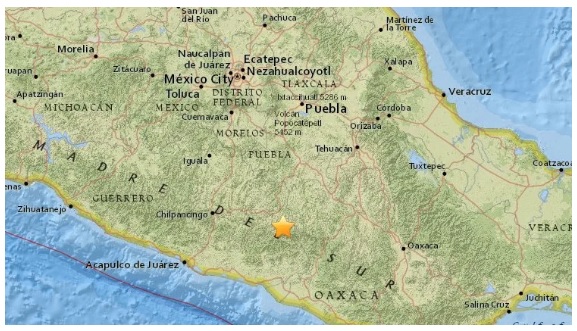 The Secretariat of Civil Protection of Guerrero activated the corresponding protocols in the state after the earthquake on May 20, with epicenter 56 kilometers to the northwest of the municipality of Ometepec, in the region of the Costa Chica.

The movement was felt strongly in the municipalities of the Costa Chica region, from moderate to strong in the central region of Acapulco and the mountainous region, as well as on the border of Guerrero and Oaxaca.

The state agency established communication with the authorities of the municipalities near the epicenter, who reported that there were no damages to regret.

Operative personnel conducted supervisory tours to rule out risks for the population.

The state agency recommends addressing the indications of Civil Protection personnel and report any incident to the emergency number 911.